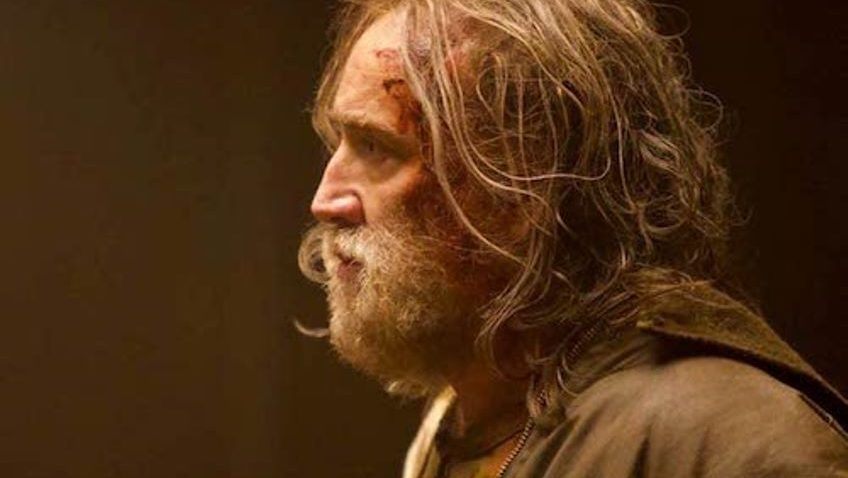 In the Chinese calendar 2021 is the Year of the Ox, but in the film calendar, it’s the Year of the Pig. The summer began promisingly with the superb documentary, Gunda, followed by another, Truffle Hunters, that focuses on a group of older Italian men and their beloved dogs who search for the Alba Truffle. Now we have Michael Sarnoski’s character-driven, noir thriller Pig in which the great actor Nicolas Cage plays a heavy-set, hirsute recluse who re-enters society to find his truffle-hunting companion after it is kidnapped. And yes, it’s a pig, brilliantly played by Brandy.

Rob (Cage) lives in a spartan cabin in the woods by a rushing river where he somehow makes a mouth-watering, mushroom tart in a restaurant-quality pan which he leaves for the pig to lap up. Idyllic for some, but maybe a bit too remote and rustic for most of us. Certainly, for Amir (Alex Wolff) the affable son of a wealthy purveyor to the restaurant trade, Darius (Adam Arkin).

Amir pays for the box of truffles before asking if Rob is sure he doesn’t want a propane shower… Amir seems solicitous and slightly in awe of the recluse, and as the story progresses, we learn why. In any event, Amir’s offers are met with grunts, and indeed when Rob re-enters society, his dialogue is, even when you can understand him, for the most part, incomprehensible.

Amir is the only person Rob sees on a regular basis, although he does listen to an old cassette tape of his late wife Lorelai (Cassandra Violet, who sings the haunting Springsteen cover, I’m on Fire at the closing credits).

That night, after Rob wishes his companion goodnight (the pig sleeps next to Rob’s filthy cot), an intruder breaks into the unlocked cabin, knocks out Rob, and steals the pig. The next morning, when Rob comes to, and without washing the blood off his face, he gets into his truck to find his companion.

Since Pig is a variation on the Hollywood Buddy Movie in which a chalk-and-cheese duo are thrown together and grow fond of one another, the truck breaks down and Rob is forced to phone Amir whom he calls “his ride”. This makes sense since Amir works in competition with his ruthless father, Darius, to provide truffles to the US Northwest’s finest restaurants and Rob is Amir’s best supplier.

It turns out that the city of Portland, Oregon is not one of the most desirable places to live in the USA, but a kind of Gotham City full of Mafiosi. To learn who stole his pig, Rob puts his name down at Edgar’s (Darius Pierce) underground betting racket where he gets his face bashed in while a bunch of lowlifes lay bets. When he writes Robin Feld on the cardboard roster, there is a kind of aura of silence, as though a legend has returned. Was Rob a prize fighter or some sort of strongman in former life? When Rob picks himself up off the ground, he stumbles over to Edgar and grunts ‘I’m looking for my pig’.

Amir offers the bruised but determined Rob refuge at his swanky bachelor flat (picture a boutique hotel room or a film set without props) with a view of Portland’s high rises. Over breakfast he tells Robin the story of the happiest time in his parents’ troubled marriage. Amir recalls how his late mother returned from a meal at Robin’s former restaurant happy and for once, his parents were not arguing. If you start thinking that the fact that both Darius and Rob lost their lives prematurely is going to figure in the story, you are both correct, and at the same time, off track.

Amir’s childhood memory is not a spurious confession, but, astonishingly, the key to the climax of the film in which Robin, who remembers every meal he has cooked and every customer he served, uses Amir’s story in a ridiculous plot to find his pig. The moral seems to be that the way to a man’s heart is through his stomach. Amir, now Robin’s ally, is enlisted in the plot and given permission to reveal Robin’s name, as though announcing the Messiah or the outlaw Josey Wales.

And in this overblown restaurant caper, it works. But first, at Robin’s request, Amir bags a reservation for two at a fully booked, trendy restaurant owned by Derek Finway (David Knell) who is summoned to the table for questioning. Derek is astonished to recognise behind this filthy, blood clotted, shaggy haired giant is the revered chef who ten years earlier fired him for over cooking the pasta. But Robin-the-wise was really doing Derek a favour, as Derek’s dream was to open an English pub. Derek pleads, (with cause) “it was a terrible investment!” but in vain.

Although this is arguably the best scene in the film, a kind of attack on the pretentious high-end restaurant industry, it turns out to be a rather odd one. Robin, who somehow became disillusioned by the restaurant business, rants on about how “none of this is real” and the customers who claim to love Derek, “are not real”. Maybe he has a point, but Robin supplies truffles to the high-end restaurant business and the currency he receives is real. And Derek, instead of losing money with his idea of a pub, or heading for the woods with a pig, opened a successful, money-making restaurant that employs young people and presumably pays taxes.

The problem with Pig is that it starts off being a variation on Taken, where Liam Neeson’s ex-CIA operative must find his kidnapped daughter, and ends up being a cross between Mostly Martha and a dark satire of the fine dining industry. But the attack comes from a character who (as his dinner served up at the end reveals) still seems to believe in the power of a great meal – and still cooks meat. Moreover, Robin’s revered status seems out of place in Portland, Oregon which, is not known as a culinary capital and has never even had a three-star Michelin restaurant.

We are left to figure out what (references to his deceased wife notwithstanding) caused this revered chef to become a hermit shacking up with a pig for ten years. Robin is not after the murderer of his wife, but after the kidnapper of his pig.

And that brings us to the most puzzling part of the film (and this comes with a spoiler warning). Anyone risking a jail sentence or a loss of reputation in a cut-throat industry by hiring thugs to kidnap a talented truffle-hunting pig, would assure that the survival of the kidnap victim is a condition of payment.