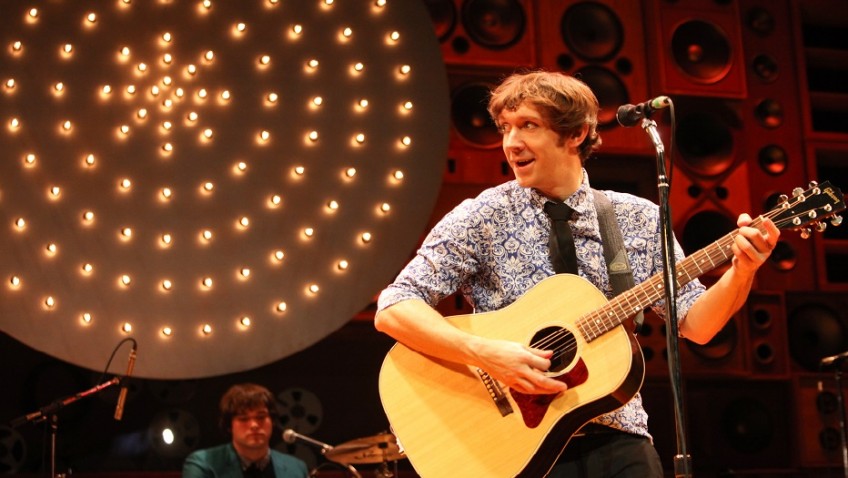 The Kinks’ music burst into British pop music in the Swinging Sixties and has been revered ever since. For this stage production, chief Kink and legendary songwriter Ray Davies (together with musical supervisor Elliott Ware) has adapted the music in thrilling style.

While assaulted ears may be clutched during an ALMIGHTY EAR-BLASTING from the You Really Got Me riff – speakers specially slashed to make it raw – for the truly stunning, sensational a capella version of Days, it’s tissues that are more likely clutched. This is no simple tribute act!

A biographical storyline, full of conflict, propels the unflagging momentum as behaviours and relationships deteriorate on all sides, fuelled by gruelling tours that destroy family life, disputes over managers, contracts and money, and by musical and personal rivalries that flare and escalate constantly between the four young men, especially the two brothers. 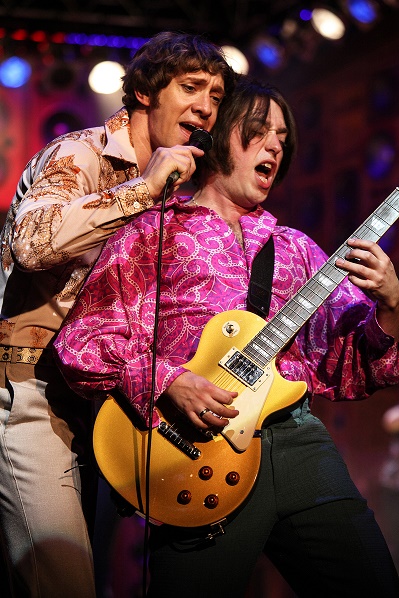 But it’s not all grim. Slick, vibrant dance routines, humour, flamboyance and stunning musical arrangements are injected throughout to lighten and vary the mood, courtesy of a particularly strong ensemble.

As the staid, demure, toff-ridden world of fifties’ entertainment gives way to the tempestuous, rebellious sixties, action spills into the auditorium with smart, stylised choreography and grand theatricality.

Constant whirls of interest and movement involve anything from dancing air-hostesses, screaming fans and cavorting Pan’s People to 1966 World Cup, scarf-waving celebrations with showers of confetti.

A pianist and guitar player swell the ranks stage-left, and cast members oblige in style, too, on banjo, trombones and drum-kit. The polished talents of Joseph Richardson and Tomm Coles as the boys’ posh managers are particularly delightful, as is Lisa Wright’s singing as Ray’s Lithuanian wife, Rasa.

Smoke and coloured lights pour onto a set that nicely evokes the era via vast walls of brown of speaker surrounds that enclose myriad metal circles. Added sticks of furniture do their best to evoke home and hotel rooms when needed while tall Stars and Stripes take over when the cast comes over all American for a US tour on which the Kinks get banned from the US altogether.

Maybe it’s just as well Ray Davies says his music is less about words than atmosphere. Joe Penhall’s script is contrived and stilted at times, especially in act one, giving rushed situations and relationships no time to properly gel and engage. Still, it all works out in the end: emotional relationships grow more rounded, more poignant, more rewarding, and the audience is delighted.

Ryan O’Donnell plays working-class Cockney, Ray, observer and commentator on the English socio-political scene, creative powerhouse and over-thinking brooder, from whose personal perspective the story is told. His voice just right for Ray, he sings touching solos and tender duets with Rasa.

Mark Newnham as little brother Dave plays a half-witted buffoon as a sixteen year old, degenerating into an increasingly violent and abusive, swaying, bleary, bottle-swigging, drug-taking womaniser. He swigs, sways and swings from a chandelier in a frock particularly well, earning plenty of laughs – and plays a mean guitar, too. In a cast brimming with vocal and instrumental talent, Andrew Gallo hammers out Mick Avory’s frustration and hostility in drum solos, while Garmon Rhys plays left-handed bass as Pete Quaife.

The journey from Dead End Street to a peaceful Waterloo Sunset is a long, rough but exciting one, well worth the ride.

The show travels on to Woking, Aberdeen, Dartford, Stoke on Trent, and Brighton this year, and to more than a dozen other locations between New Year and May.