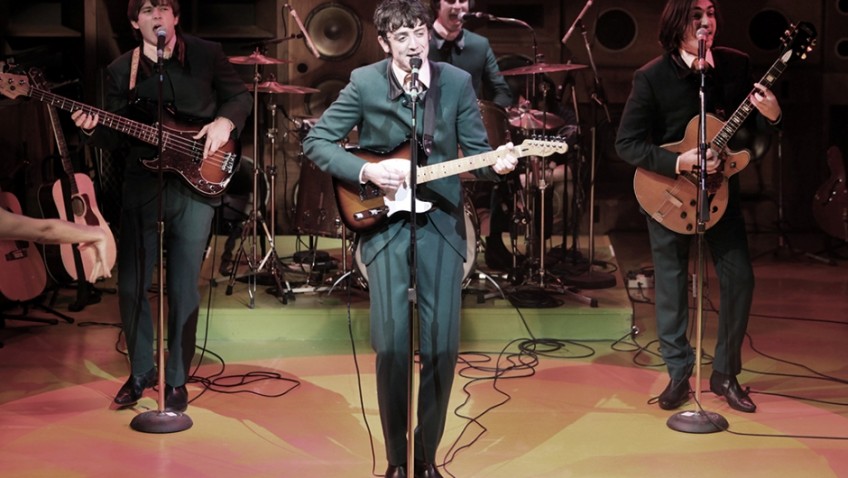 Sunny Afternoon – It really got me going

Rowena Cooper reviews the new hit musical Sunny Afternoon based on the music of the Kinks at Harold Pinter Theatre, London. 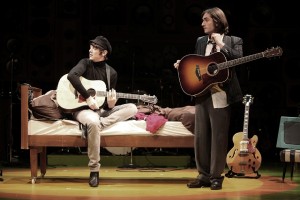 f you were a raver in the 60s then you will enjoy this wonderful musical “Sunny Afternoon” now at the Harold Pinter Theater London.

It charts the euphoric highs and agonizing lows of one of the greatest English groups that came out of the 60’s music revolution, the Kinks.  How they exploded onto the music scene with a raw, energetic new sound that rocked the Nation.

The musical showcases the songs of these four ordinary lads from North London, the irresistible music that influenced generations and the impact of sudden stardom on them as individuals.

Ray Davies, the lead singer, had a hand in writing the show and the dialogue.  His songs stitch together seamlessly to create the true essence of the time. 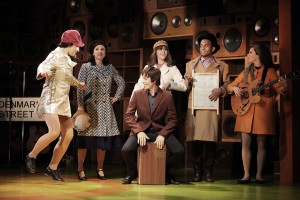 This is a high energy, fast-moving show and is always faithful to the period. Authentic outfits and all the dance moves capturing the mood of the swinging and (not so swinging) sixties.

There are outstanding performances by John Dagliesh and George Maguire who were totally convincing as the cockney songwriting genius of Ray and his live wire, cross dressing brother, Dave the Rave. The musicianship was spectacular and truly captured the searing raw guitar riffs.

It all felt spontaneous – at one time a cacophony of instruments raising the roof with their number one hit “You Really Got Me”. I particularly enjoyed the excellent sequence which shows the gradual construction of their iconic “Waterloo Sunset”. 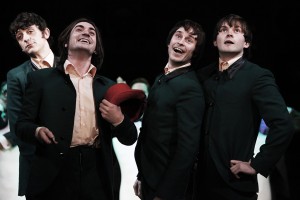 The cast were engaging throughout, never loosing pace or focus as they wandering freely around the audience who seemed to sing along word perfect with broad smiles on their faces.

How do we remember after all this time? – it beats me!

The show explored the internal squabbles and love hate relationship between the two brothers, their family relationships, depressing times and creative differences.  “We need each other but we just don’t like each other”

The show is totally enjoyable, fun and a nonstop heady celebration of 1960s London.  As the saying goes: if you remember the 60s – you weren’t there.

This show gives you the chance to experience what you may have missed, or perhaps you will remember……?

You can watch the trailer here: