Home / LIFESTYLE / REVIEWS > / FILM REVIEWS / Sophia Loren is left holding together her son’s movie, but she is up to the task. 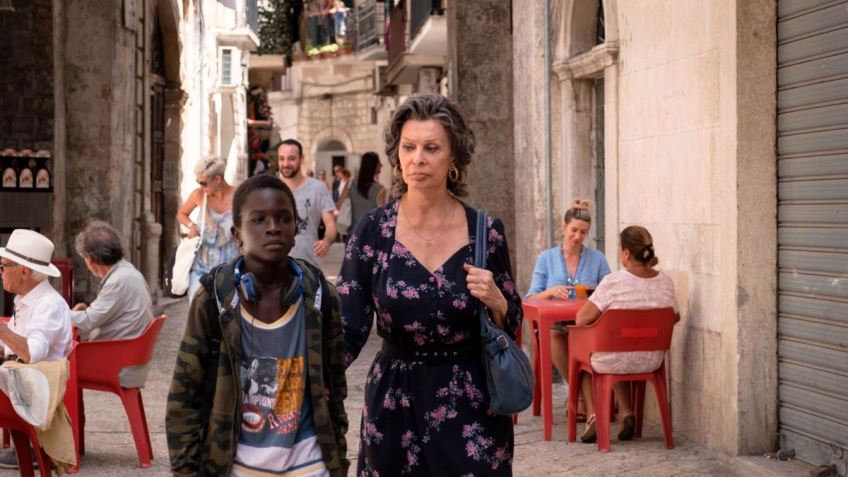 Sophia Loren is left holding together her son’s movie, but she is up to the task.

At Mature Times we celebrate films featuring older actresses in meaty roles, an occasion which, ten years ago, was rare, but is happily becoming more common. Nonetheless, it is obvious that the first appearance of Sophia Loren on our screens since her minor role in Nine, eleven years ago, is a big deal. What drew Ms Loren back to the silver screen is no doubt the director, her son, Edorado Ponti, and the irresistible role of Madame Rosa in Ponti’s adaptation of Emile Ajar’s Prix Goncourt winning novel, La Vie Devant Soi (The Life Before Us).

Ponti has made a moving story about the relationship between an Auschwitz survivor and former hooker-turned foster mother and an orphaned Senegalese street urchin. But the reason to see the film is the magnificent Loren, and her co-star, the talented child actor Ibrahima Gueye as Momo.

Emile Ajar was the pseudonym for the colourful Litvak novelist, film writer and director, diplomat and former husband of Jean Seberg, Romain Gary who shot himself, aged 66. Controversially, Gary who had already won the Prix Goncourt for his novel, The Roots of Heaven (made into a film, directed by John Huston) won the prize again for The Life Before Us when no one detected it was Gary’s work, using a pseudonym.

But Gary is perhaps best known for his most autobiographical novel, The Promise at Dawn (made into a film twice, most recently, in 2017). In that novel/film the young protagonist makes a promise to his larger-than-life mother, who has great expectations for her son, which he struggles to keep as he grows up. In The Life Ahead twelve-year-old Mohamed (Gueye), who identifies as Momo, makes a promise to his ailing foster mother, a former Auschwitz survivor and prostitute, that he will not let her be sent to hospital.

Momo, resentful of everyone, and too proud to admit to missing his deceased single mother, takes a long time to warm to Madame Rosa. He is happier as a well-paid drug runner for a local drug king a job that gives him some status. Momo is dumped on Madame Rose by her friend Doctor Coen (Renato Carpentieri) who, coincidentally, discovers Momo has stolen Madame Rosa’s rent money (in the form of cheap candle stick holders) and brings Momo to apologise.

Madame Rosa has time to child mind for the sympathetic transgender prostitute Lola (Abril Zamora), but tells Doctor Coen that she is too old to take on Momo and his mental problems. For one thing, he dreams of a lion, who becomes real and licks the lonely boy who elicits noises that wake the household. Through Mr Hamil (the great Iranian actor, Babak Karimi), a shop keeper and friend of Madame Rosa, the powerless Momo learns that in the Qur’an a lion is a symbol of power.

But all too predictably here, a bond forms between the old Jewish woman and the young black Muslim boy when he senses her own vulnerability. He discovers Madame Rosa’s secret basement hideaway, her PTSD and dementia; and her fear of being tortured by Nazi doctors if she is sent to hospital. In short, the two have more in common than meets the eye.

There are two main problems with Ponti’s adaptation, the first of which is surmountable, but invites a formidable comparison. The book was made into a film entitled Madame Rosa which won the Academy Award for Best Foreign Language Film and featured one of Simone Signoret’s greatest performances. This is significant, for the film, made in 1977 and set, as is the novel, in Paris’s multiracial 18th arrondisement, reflects the novel’s concerns with the legacy of the Algerian War and the Algerian-French conflict that remains today.

Moreover, although Madame Rosa’s director Moshé Mizrahi represented France, he became the first Israeli director to win an Academy Award. With President Carter brokering a peace treaty between Egyptian President Anwar Sadat and Israeli Prime Minister Menachem Begin, at the time, everything about the film was charged with a political urgency which Ponti’s film lacks.

This is connected to the second problem. Transferred to contemporary times, and the laid-back Italian port city of Bari, the film diffuses the Algerian/French/Holocaust theme that runs throughout the book. Nor do the filmmakers make up for this by emphasising the theme of euthanasia, that, particularly given Gary’s suicide and Holocaust legacy, must be seen as a key part of the novel. Madame Rosa is haunted by flashbacks to the Vel’ d’Hiv’ round-up in Paris and medical experiments in Auschwitz that cause her to flee from medical care. There is no equivalent in Jewish history in Italy despite concentration camps (that were primarily prisoner of war camps) being prevalent after 1940.

While Ponti and co-writer Ugo Chiti show us a scene of immigrants being rounded up by the police, the current immigrant crisis in Italy remains for the audience to intuit, and it is, in any event a world apart from the story of a traumatised, dying Jewish survivor. Bringing in the father-figure, Mr Hamil, to help Momo connect with his roots is a touching subplot but leaves the impression that there is too much going on.

Too many subplots and relationships are left dangling and easily and happily wrapped up: and that’s before we consider whether a drug king would simply let Momo resign after giving him the list of all his contacts and their numbers.

The sunbathed port city of Bari lacks the claustrophobic, dark, cold atmosphere of the 18th arrondisement which was, in the 1970s, a seedy and, for most middle-class white people, no-go neighbourhood. The addition of Gabriel Yared’s sentimental music and similar end-title song, do not help.

But in a way, who cares, when you can feast your eyes on the charismatic Ms Loren, who can flip from spaced-out to tuned in, crotchety to tender and feisty to frail all before our eyes. Her co-star has a similar talent for conveying his emotions through his face and body language: he’s a natural, having a lesson from a legend.