Home / SLIDER / Slava’s Snowshow is fun for the whole family 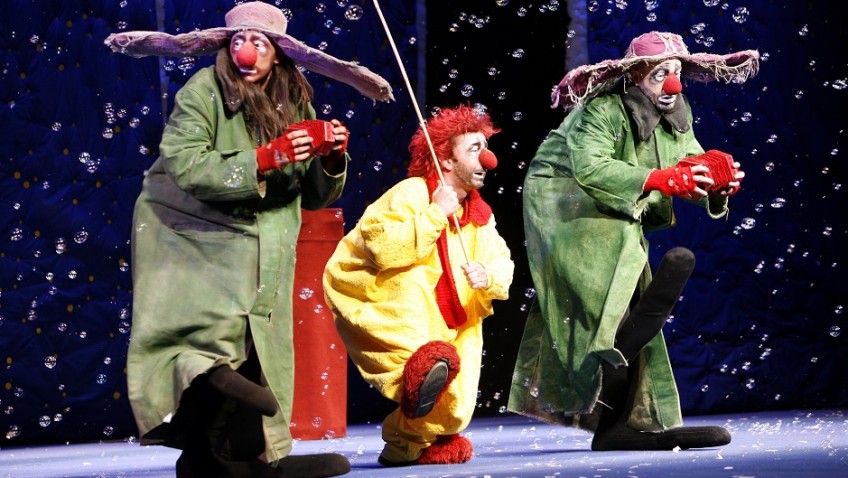 Slava’s Snowshow is fun for the whole family

Slava Polunin, the Russian clown, is one of the great clowns of the 20thcentury. His first stage show premiered in Moscow in 1993, a landmark in his life, and he has been on the road ever since.

Slava’s fame is worldwide. “I love theatre,” he has said. The humour is gentle, simple, fragile, innocent and childlike. 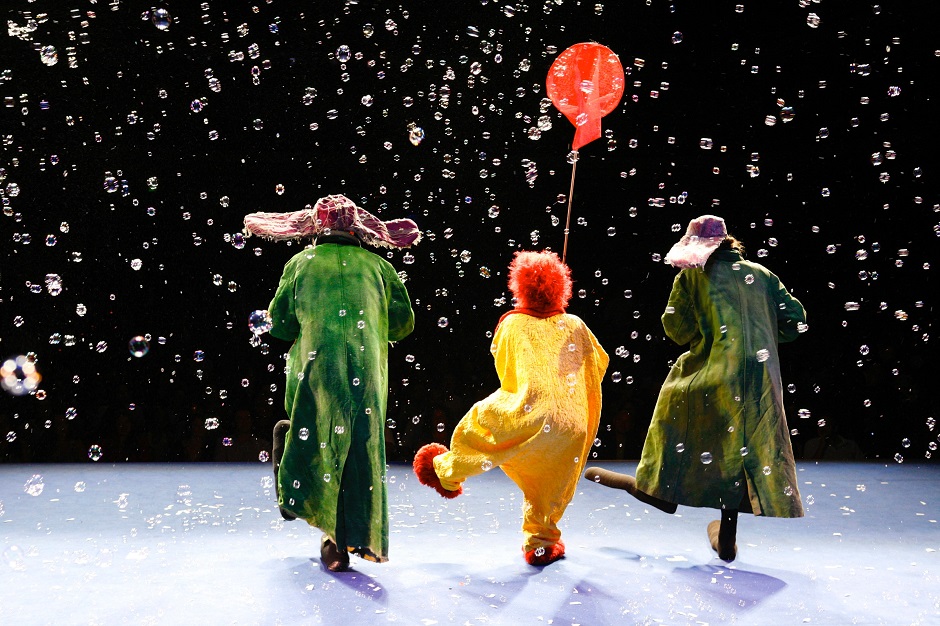 The clown with the red nose, the baggy yellow overalls and fluffy red bedroom slippers could be Slava Polunin, who is now 65. (He was born in 1950.)

But it could just as easily be somebody else. The programme lists nine other actors who alternate the role.

There is a funny sketch involving two telephones and the clown plays both the male and female role.  There is also a charming scene when he takes a loving farewell of a coat on a coat-stand at a station. The coat, which he partially inhabits, becomes a character in its own right.

The second spectacle begins with a torn love-letter which turns into snowflakes and the snowflakes turn into a raging, whirling blizzard. The blizzard is achieved with a wind-machine being fed masses and masses of tiny bits of paper.

The paper, light-weight and fire-proof, fills the whole auditorium. I doubt very much if you will ever see a more blinding snowstorm in any playhouse.

The third and final spectacle comes in the curtain-call when gigantic coloured balloon balls roll into the auditorium and the audience is allowed to play with them and keep them up in the air.