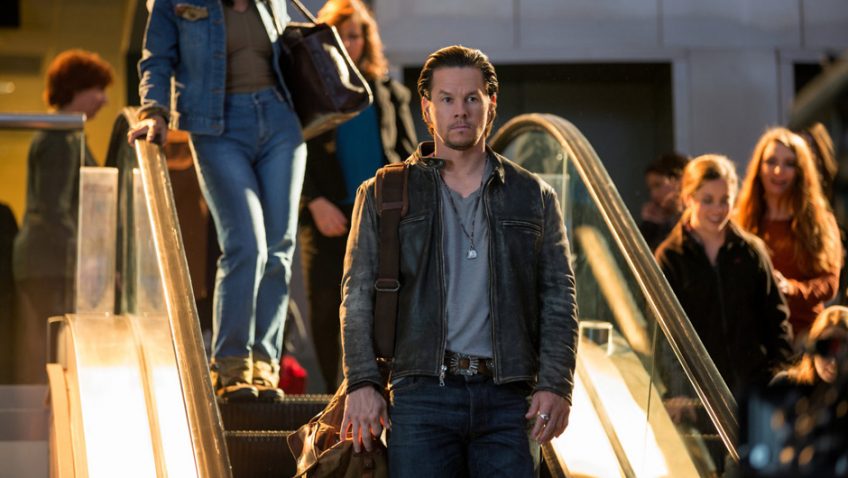 Forget the terrible title, this silly comedy is surprisingly funny

is a terrible title for this silly, but surprisingly enjoyable, comedy that is more or less Chris Columbus’s 1998 Stepmom on steroids. Will Ferrell (new husband Brad) and Mark Wahlberg (ex husband and father Dusty) made a delightfully dysfunctional team in The Other Guys, but here, as adversaries, they are even better. The production values in Sean Anders’ film are mediocre and the script is far from perfect, but it is all the funnier for bucking the trend in toilet ‘humour’. Fortunately, too, you do not have to be a step-parent to appreciate the fraught oneupsmanship between Wahlberg’s ultra cool, but unreliable, and self-centred biological father and Ferrell’s dull, dependable, breadwinning new step-father.

Brad (Ferrell) is a radio executive who has been married to Sarah (Linda Cardellini) for eight months and is just beginning to enjoy a rapport with her two young children. Admiring a stick drawing, Brad rejoices, ‘This is the first drawing where I’m not dead!’ He is grateful for small favours. When his step-son asks for advice about being bullied, Brad is ecstatic and Linda beams.

Though Brad is an embarrassment to the kids and nothing to look at, he takes his step-parenting seriously enough to read books on the topic. When Linda (who never told Dusty she had remarried), announces he is coming to town to visit his children, Brad suggests putting up ‘a loving fence’ between Dusty and the family. Linda replies, ‘That sounds great, honey, but your self-help books have never met my ex.’ For the remainder of the film, the laughs come remarkably regularly. 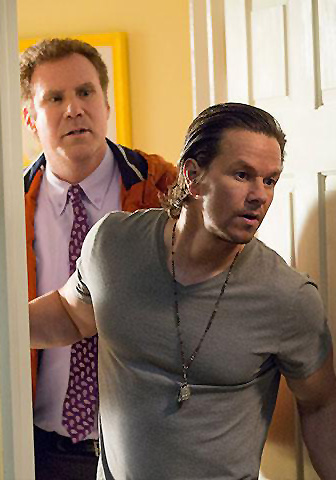 Mark Wahlberg and Will Ferrell in Daddy’s Home

Wahlberg, a former model, showed off his physique in Boogie Nights, and The Fighter, and his sex appeal in Date Night. The contrast between the two dads is clear from Dusty’s first snub at the airport. Although he is shorter than big bear Brad, when Dusty turns up at the family home on his expensive motorcycle, dressed in his black leather jacket, he is the epitome of cool. The kids respond positively – as they do to his metaphorical fairy tales, his bribes, his prowess in sports and his celebrity contacts. The rivalry extends to Brad’s job; Dusty shows up for a tour of the station and leaves with a lucrative royalty for lending his voice to a station I.D.

Trying to make Brad look bad is not difficult, but when Brad’s infertility meets Dusty’s legendary sperm count, the film turns a bit too silly, particularly for its 12A rating. We can wonder why it is so important that Brad collects the children at school when Linda does not appear to work. We can also wonder what Dusty, a combat-veteran, did to afford the huge suburban house that he left to Linda during the divorce — but this isn’t that kind of movie.

Ultimately, the moral of the film: ‘anybody can be a father but not everyone has the patience to be a dad,’ hits us over the head when Dusty is defeated by the school run. But the laughs aren’t over until WWE (World Heavyweight) Champion John Cena appears. Cena, who has already made a similar appearance this year in chick comedies Trainwreck and Sisters, gives an ironic twist to Daddy’s Home

as the ‘cool dad.’ And Dusty takes note.