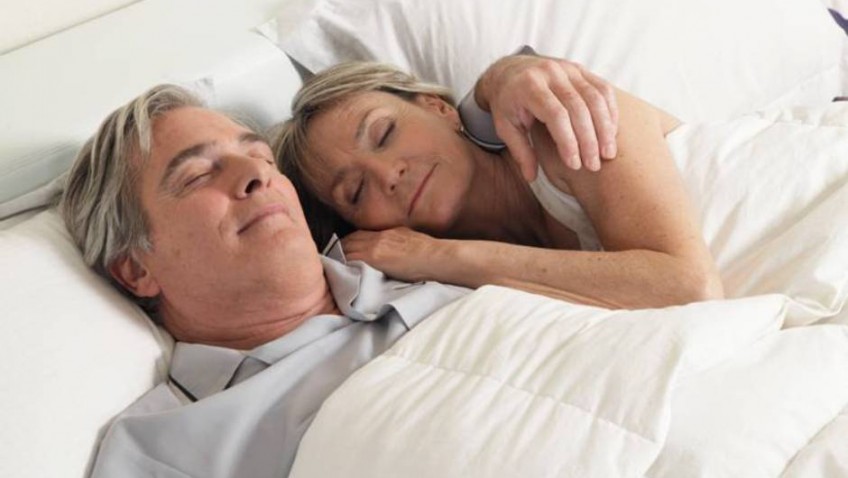 People who rise and shine despite just a few hours shut-eye each night – such as Maggie Thatcher famously claimed – may be more tired than they think, suggests new research.

Some – like Britain’s first female PM – habitually sleep much less than the recommended amount, yet report feeling no ill effects.

Now a study has found that patterns of neural connections in the brains of so-called “habitual short sleepers” suggest that some of them may be efficient sleepers, but may also be more tired than they realise.

Study co-author Jeff Anderson, a radiologist at the University of Utah, said: “This is tantalising evidence for why some people feel like they don’t need to sleep as much.

“Maybe some brains are able to do what sleep does in little tiny epochs during the day.

“It’s one of the most interesting questions in all science: Why do we sleep in the first place? It’s incredibly disadvantageous to spend a third of our life asleep.

“There must be an important reason to do it, but why is still an active field of research.”

For most people, getting less than the recommended seven to nine hours sleep a night causes fatigue, irritability and some impaired judgment and reasoning.

Long-term ‘short’ sleep has been linked to a host of mental and physical health problems including mood disturbance, obesity and coronary disease.

But some people who get less than six hours of sleep a night report feeling no ill effects.

Study co-author and Professor Paula Williams said: “Most people feel terrible when they get less than six hours of sleep.

“What’s different about these short sleepers who feel fine? Is there something different going on in terms of brain function? Although they report no daytime dysfunction from short sleep, what if their perceptions are inaccurate?”

The researchers compared people who had a normal amount of sleep in the past month with those who reported sleeping six hours or less.

Both groups of short sleepers exhibited connectivity patterns more typical of sleep than wakefulness while in the MRI scanner.

The researchers said that although people are instructed to stay awake while in the scanner, some short sleepers may have briefly drifted off, even those who denied dysfunction.

Dr Anderson said: “People are notoriously poor at knowing whether they’ve fallen asleep for a minute or two.”

For the short sleepers who deny dysfunction, one hypothesis is that their wake-up brain systems are perpetually in over-drive.

Prof Williams said: “This leaves open the possibility that, in a boring MRI scanner they have nothing to do to keep them awake and thus fall asleep

“Other boring situations, like driving an automobile at night without adequate visual or auditory stimulation, may also put short sleepers at risk of drowsiness or even falling asleep behind the wheel.”

The researchers found that short sleepers who denied dysfunction showed enhanced connectivity between sensory cortices, which process external sensory information, and the hippocampus, a region associated with memory.

Prof Williams said: “That’s tantalising because it suggests that maybe one of the things the short sleepers are doing in the scanner is performing memory consolidation more efficiently than non-short sleepers.”

She said, in other words, some short sleepers may be able to perform sleep-like memory consolidation and brain tasks throughout the day, reducing their need for sleep at night.

Or they may be falling asleep during the day under low-stimulation conditions, often without realising it.

The next phase of the team’s research will directly test whether short sleepers who deny dysfunction are actually doing fine.

Prof Williams added: “We are particularly interested in understanding the discrepancy between people’s perception of their functioning and how they’re actually functioning. Not everyone is equally accurate.”

The findings were published online by the journal Brain and Behaviour.