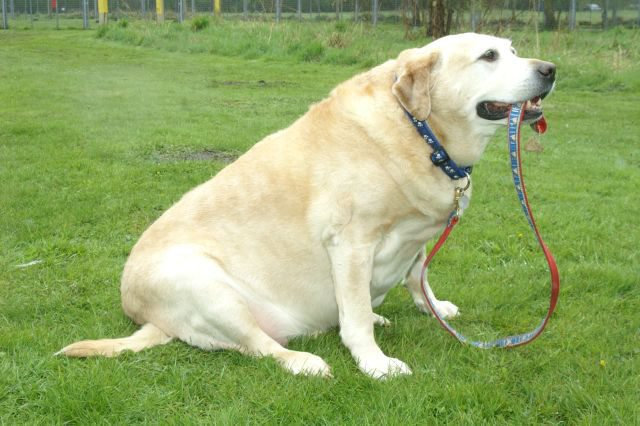 An ‘explosion’ in the number of overweight dogs in UK is feared to be behind a dramatic increase in cases of arthritis among man’s best friend, new research has shown.

Figures released by leading pet insurer AnimalFriends.co.uk shows the number of claims for treatment for the disease have more than trebled since 2015.

The research, based on a study of 20,000 pet health records, also predicts cases of the disease are set to increase even further.

Vets’ bills for treating just one pet for the painful condition can reach £3,000 a year.

The precise causes of the epidemic are unclear though veterinary experts say that obesity is likely to be a significant factor.

Sean Wensley, President of the British Veterinary Association (BVA) said: “It would be difficult to know the exact cause of any rise but it is entirely plausible that we are experiencing a pet obesity epidemic, with increasing numbers of pets – including dogs – that are overweight or obese.

“And we know that carrying excess weight is a clear risk factor for arthritis.”

An estimated one in three dogs are overweight or obese and around one in four cats.

Mr Wensley added: The chief reason is that owners are giving their pets excess or inappropriate food.

“Increasingly, people are feeding their dogs good quality so-called ‘complete’ pet foods, which contain the right nutrients in the right proportions – but not necessarily in the right amounts.

“In addition, family members and friends regularly give dogs treats and scraps – each slipping a little bit here and there.

“This can include all manner of food intended for humans – like cheese, chips, curry, scones and cakes.

“Pets have relatively small bodies compared to us and can really struggle to burn off the excess calories that they are being given.”

Regular exercise is also vital, he added. “It’s good for their well being and quality of life as well as just their physical health.”

However, he said that not all dogs with arthritis have been overfed.

Today, many are living longer – and arthritis is a disease linked with old age. There is also a greater awareness of the condition than there was a few years ago.

Dog-owners who think their pet may have arthritis should always contact their local vet, he advises.

But most of this doesn’t come cheap.

“The cost of on-going maintenance and monitoring of the condition will range from a basic level of 50p a day per 10 kilos to £2-3 a day per 10 kilos,” said a spokesperson from The Society of Practising Veterinary Surgeons.

“The levels of treatment required are hugely variable.”

The average adult golden retriever weighs approximately 30kg, which means that the cost of treatment for arthritis could reach as much as £9 per day – or more than £3000 a year.

Research shows that the number of arthritis cases rose threefold (312 per cent) in 2015, compared with 2012 figures.

Arthritis is an inflammation of the joints most commonly caused by abnormal rubbing within the joint due to damage to the area.