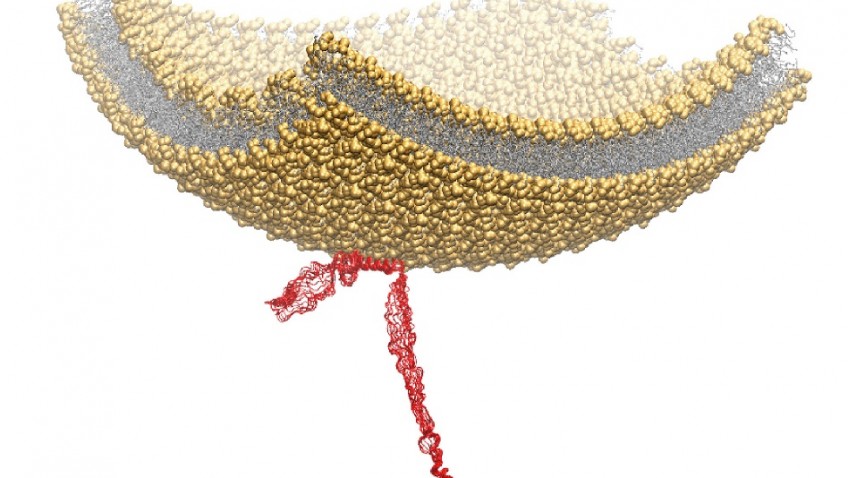 Researchers have made a crucial scientific breakthrough which could lead to the development of life-changing therapies and treatments for Parkinson’s disease.

For the first time scientists have established what the protein linked to Parkinson’s Disease, known as alpha-synuclein, does in healthy brains.

This offers significant clues about what may be going wrong in Parkinson’s patients as the protein malfunctions, this could pave the way for a possible cure.

The study, carried out by researchers at the University of Cambridge and Imperial College London, suggests that alpha-synuclein acts as a bond between cellular transporters in healthy brains, regulating their flow and therefore controlling the signalling process.

Giuliana Fusco, a Chemistry PhD student from St John’s College, University of Cambridge, which carried out the main experiments underpinning the research, said: “It was already clear that alpha-synuclein plays some sort of role in regulating the flow of synaptic vesicles at the synapse, but our study presents the mechanism, explaining exactly how it does it.

She added: “Because we have shown that mutated forms of alpha-synuclein, which are associated with early onset familial forms of Parkinson’s Disease, affect this process, we also now know that this is a function that may be impaired in people who carry these mutations.”

Parkinson’s Disease is one of a group of conditions known as protein misfolding diseases, because they are characterised by specific proteins becoming distorted and malfunctioning.

These proteins then cluster into thread-like chains, which are toxic to other cells.

While malfunctioning alpha-synuclein has long been recognised as a hallmark of Parkinson’s Disease, its role in healthy brains was not properly understood until now.

The study also tested mutated forms of alpha-synuclein that are linked to Parkinson’s disease.

This was found to interfere with the same mechanism, essentially by impairing the ability of alpha-synuclein to regulate the flow of synaptic vesicles, and hence compromising the signalling between neurons.

Dr Alfonso De Simone, from the Department of Life Sciences at Imperial, and one of the study’s lead authors, said: “It is important to be careful not to leap to conclusions.

“So much is happening in the development of Parkinson’s Disease and its origins could be multiple, but we have made a step forward in understanding what is going on.”

The basic process by which signals pass through the brain involves neurotransmitters, which are carried inside the synaptic vesicles, being passed across synapses – the junctions between neurons.

During signalling, some vesicles move to the surface of the synapse, fuse with the membrane, and release the neurotransmitters across the connection, all in a matter of milliseconds.

The researchers found that alpha-synuclein plays an essential part in marshalling the vesicles during this process.

Two different regions of the protein were found to have membrane-binding properties that mean it can attach itself to vesicles and hold some of them in place, while others are released.

By holding some of the vesicles back, the protein essentially performs a regulatory function, ensuring that neither too many, nor too few, are passed forward at any given moment.

Ms Fusco said: “It is a sort of shepherding effect by alpha-synuclein that occurs away from the synapse itself, and controls the number of synaptic vesicles used in each transmission.”

The research suggests that in some familial cases of early onset Parkinson’s Disease, because alpha-synuclein malfunctions as a result of genetic alterations, the protein’s marshalling role is compromised.

One of the trademarks of Parkinson’s Disease, for example, is an excess of alpha-synuclein in the brain.

In such circumstances, it is possible that too much binding will take place and the flow of vesicles will be limited, preventing effective neurotransmission.

“At this stage we can only really speculate about the wider implications of these findings and more research is needed to test some of those ideas,” De Simone added.

“Nevertheless, this does seem to explain a large body of biochemical data in Parkinson’s research.”