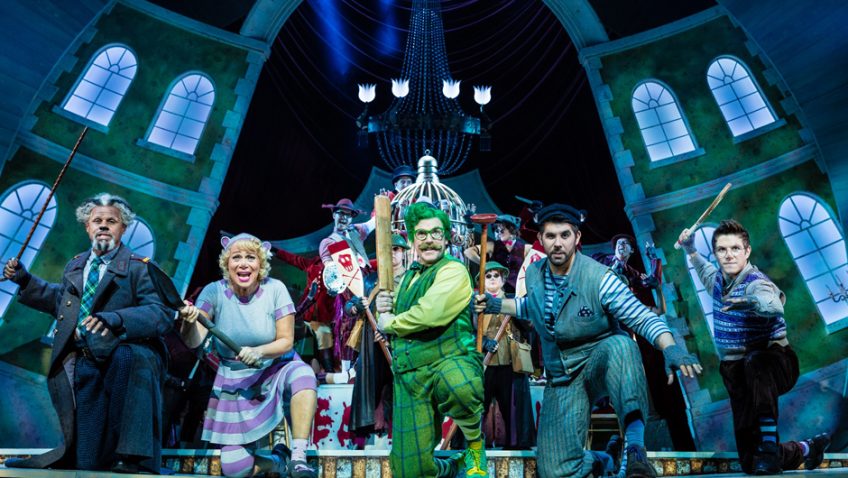 Poop poop! Toad is the expert when it comes to poop poop

Poop, poop! Are children today familiar with Toad’s adventures with car and train, trial, gaol escape and battle with the weasels and stoats? Do they know E. H. Shepard’s drawings? I ask because the theatre was not full Rufus Hound in The Wind in the Willows

The novel took some time for it to become established as a modern classic. The turning point was the first stage adaptation in 1929 by A. A. Milne and called Toad of Toad Hall.

I saw a tired and dreadfully old-fashioned production in the 1970’s, when Richard Goolden was still playing Mole. It was a role he had been acting on and off since 1930. He used to fall asleep on stage. The actors would prod him when he had to wake up and say his lines.

It wasn’t until I read Kenneth Grahame’s book, with its lyrical celebration of the countryside and messing about in boats, that I actually regretted not having been introduced to Toad, Mole, Rat, and Badger and their camaraderie earlier

The best and certainly the most spectacular adaptation I have seen was Nicholas Hytner’s production of Alan Bennett’s version at the National Theatre in 1991, which caught the good nature and affection of the original.

I also much enjoyed Will Tucket’s sweet, miniature and modest dance drama, which premiered at the Royal Opera House in 2002

Julian Fellowes, author of Downton Abbey, has written a bland adaptation. His introduction of two new characters, Mrs Otter and her wayward daughter, Portia, are not in the same league as Bennett’s creation of the lugubrious, Tennyson-reading cart-horse, Albert, a Wolverhampton cousin of A. A. Milne’s Eeyore

The music and lyrics by George Styles and Anthony Drewe are not as good as those they wrote for Mary Poppins and Half A Sixpence.

Rufus Hound is Toad. Green-haired, boisterous and thoroughly unlovable, he heads a cast which includes Craig Mather as Mole, Simon Lipkin as Rat, Neil McDermott as the Chief Weasel and Gary Wilmot as Badger.