Home / SLIDER / The best pantomime I have ever seen 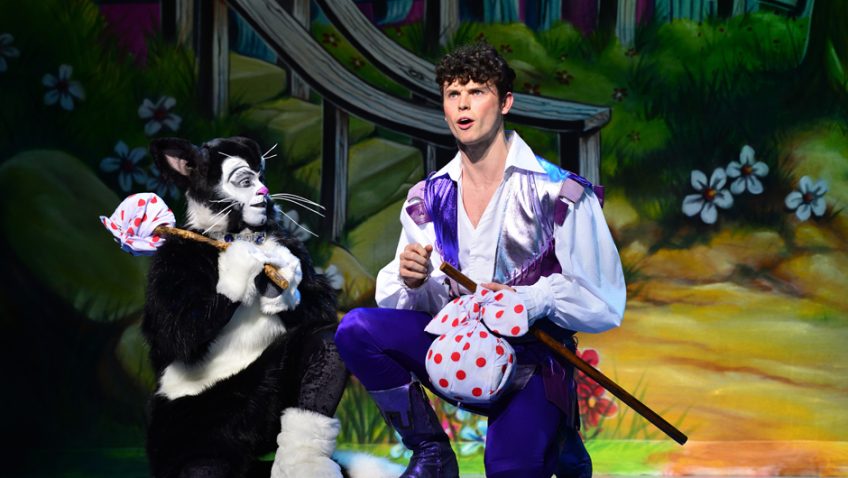 The best pantomime I have ever seen

The first recorded performance of a Dick Whittington pantomime was at Covent Garden in 1814. The great Grimaldi played the Dame.

200 years on, Dick Whittington, is the best panto I have ever seen.

It is certainly the most spectacular. The production is lavish, full of colour, energy and humour. A huge amount of money has been spent on the costumes There is a terrific cast.

Julian Clary is cast as The Spirit of the Bells and he immediately reassures the audience that he can handle Dick. Clary, master of the innuendo, master disparager, has an endless supply of witty retorts. The house roars with laughter. The double-entendres are way above young children’s heads. Clary wears the most extraordinary costumes. Camp would be a gross understatement,

Elaine Page is cast as Queen Rat and she sings re-written lyrics for Don’t Cry For Me, Argentina and Memories with knock-em-for-six aplomb.

Paul Zerdin, one of the best ventriloquists, is cast as Idle Jack and his interplay with his puppet is a constant delight. “If it wasn’t for me, you wouldn’t be able to speak.” “If it wasn’t for me you would be out of job.” Zerdin, like Clary, writes his own script. He also uses grown-ups and children as his puppets in the nicest and most disarming way that audience participation becomes a pleasure

The big question, certainly from Nigel Havers’s point of view, is “Am I going to get a bigger part this year?” And the answer is yes. He has a lot of fun mucking about when he, Clary, Zerdin, Wilmo sing the Twelve Days of Christmas with farcical props.

Dick Whittington is the only panto based on a real person and Charlie Stemp, who was so good as Kipps in Half-a-Sixpence, is a very likeable Dick who as popular with audiences as the real Dick Whittington was with Londoners, who elected him (as if you didn’t know) Lord Mayor four times: in 1397, in 1398, in 1406 and 1419. Once the panto season is over Stemp will be appearing in Hello, Dolly! on Broadway. Good for him.

If you are not already booked into the London Palladium, don’t wait. Book now. You are in for a big treat.