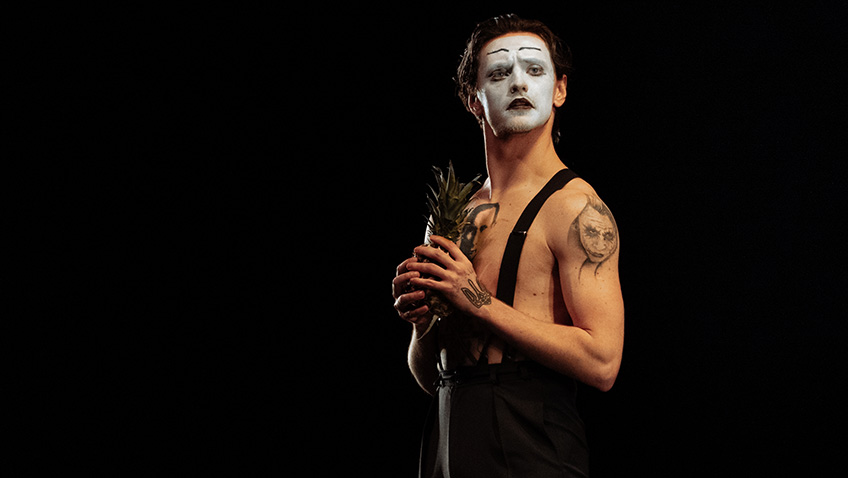 In 2012, now only 21, he famously resigned with immediate effect to pursue a freelance career. Today Polunin performs around the world with productions under his own brand Polunin Ink.

“The Bad Boy of Dance” image does not go away. His admiration for Vladimir Putin has led him to have Putin’s face tattooed on his chest.

In January this year, Polunin was invited by Paris Opéra Ballet’s to perform in Swan Lake. 48 hours later the invitation was revoked. His homophobic and sexist Instagram posts had sparked international outrage.

Polunin is at London Palladium for a week with two programmes. The first programme consists of three one act ballets to recorded music on a bare stage.

Ross Freddie Ray’s 30-minute ballet, to music by KROKE, the Polish klezmer band, was created for the Romanian State Opera.

“Why does a good man do bad things?” The question is put by Ray, who says he is exploring the nature of temptation and how humans fight against it. There are seven dancers onstage but the ballet takes place in the suffering mind of just one dancer.

The ballet has a circus clown approach. The men have white faces, bare chests and trousers with braces. The two girls in camiknickers give the piece a decadent Berlin late 1920s/early 1930s look.

Johan Kobborg is cast as a sinister, seductive manipulator, loosely based on Emcee in Cabaret. Polunin is cast as the one good, true soul, an outcast. 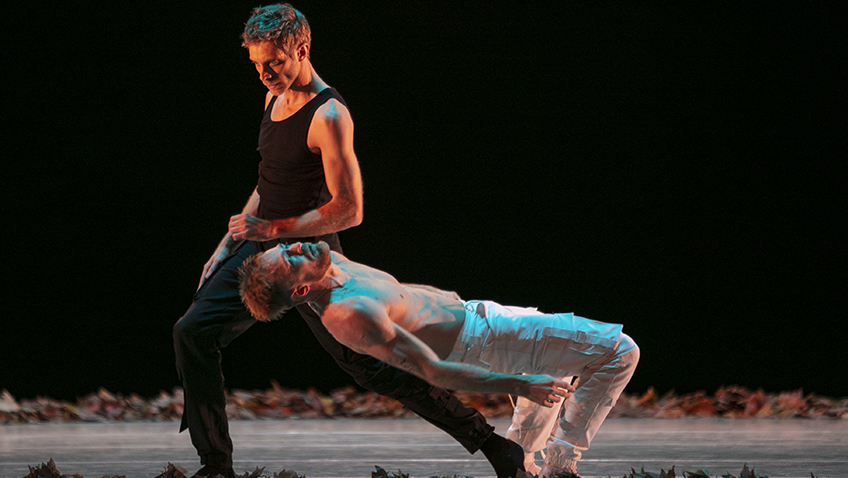 Yuka Oishi’s Paradox, performed to Stravinsky’s Soldier’s Tale and Chopin, is an abstract ballet inspired by Vaslav Nijinsky’s diary which he wrote in 1919 when his mental health was really bad.

Oisha takes her inspiration from the circles and arcs he drew. The dancers are Alexey Lyubimov and Dejan Kolarov and together they are presumably the paradox.

The best ballet I have seen about Nijinsky was Marurice Bejart’s Nijinsky Clown of God. There was a memorable moment, when the impresario Diaghilev (a huge, sinister, carnival, paper-mache figure) discovers that Nijinsky, his lover, has married and like an angry god, cruelly, horribly, kills off his famous roles, one by one.

Yuka Oishi’s Sacré is a piece of tanztheater performed to Stravinsky’s Le Sacre du Printemps, which was originally created for Ballets Russes and first performed in Paris on the 29 May 1913.

Since its riotous premiere (when the music was barely audible such was the audience’s racket) it has become one of the most influential pieces of music in the 20th century and has inspired many choreographers. The dissonant and electrifying score, battering the audience, excites with its disturbing, savage violence.

Oishi’s reinterpretation is no longer a primitive ritual, a sacrifice of a virgin, but a 45 minute solo for Polunin. The stage is filled with autumn leaves.

“I wanted,” she said, “to make a spiritual connection between the dancer and the space he was in and I decided to call it sacré because the words circle and sacré sound similar in French.”

Sacré is also said to be about Nijinsky but it is not biographical. Polunin represents Nijinsky but he remains Polunin. The choreography seems to be still at the workshop stage.

The final image has him alone on stage enveloped in red rope; but his collapse is not, as the audience naturally presumes, the end. Lyubimov and Dejan Kolarov return for a coda.

I came out of the theatre wondering if Bejart’s extravaganza, Nijinsky Clown of God, would ever be revived again.

NB. On Friday and Saturday Sergei Polunin will be appearing at the London Palladium in Yuka Oishi’s Rasputin.