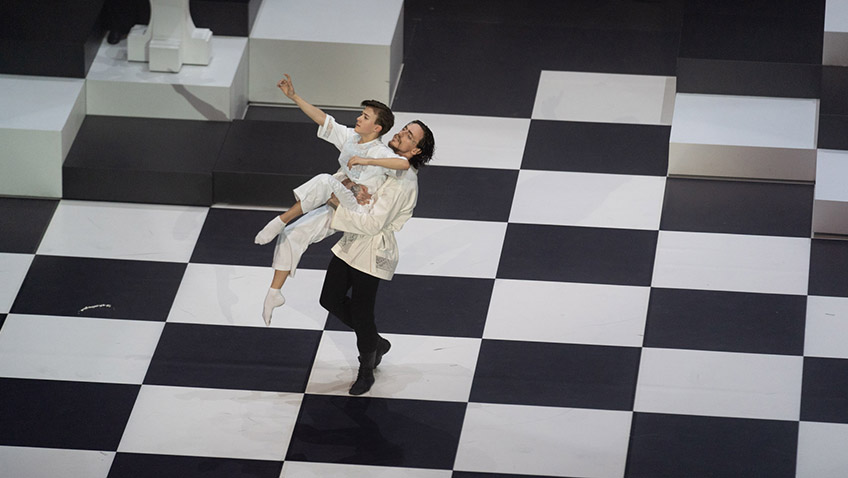 There have been plenty of films and some operas but no ballets. Why not? The story of Rasputin would be perfect for a ballet.

The infamous Russian mystic, a notorious lecher and drunkard, managed to gain the confidence of the Romanov royal family by his ability to control by hypnosis the bleeding of their young haemophiliac son. 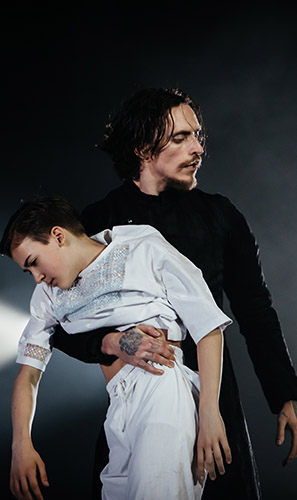 An aristocratic clique, led by Prince Felix Yusopov, fearing Rasputin was growing too powerful politically, assassinated him on 30 December, 1916. His dead body was thrown into the ice-capped Neva River. His murderers were convinced he was still breathing under the ice.

Yuka Oishi has said she wants her two-act ballet, which is staged on a chessboard, to show the priest and the beast aspects of Rasputin’s personality but her choreography is never sufficient to do that.

Sergei Polunin has said he was going to discover Rasputin’s likeable aspects. He plays him without a filthy beard and finds nothing likable in him at all.

Kirill Richter’s frenetic music, loudly amplified, provides the energy and excitement but the choreography fails to tell the story. It is difficult to know what is going on.

Why is there no synopsis, scene by scene, in the programme? And why does the murdered Rasputin return for a coda to dance with the young Prince (impressive 15-year-old Djordje Kalenic)?

Oishi has also said that what interests her most is the ambiguity of his relationship between Yusupov and Rasputin but she ignores the homoeroticism. Johan Kobborg’s Yusopov is as mad as Rasputin is and far too old to be playing a 29-year-old.

Polunin has the mad monk’s mesmeric eyes. He is at his best when he is doing what he does best, jumping and leaping high and spinning unbelievably fast. It is what the Palladium audience has come to see and applaud. The ballet is aimed at a public who does not normally go to ballet. There was a standing ovation.

If you have never seen Sergei Polunin, watch him on YouTube in a film by David LaChapelle dancing all by himself to Hozier’s hit song Take Me to the Church.