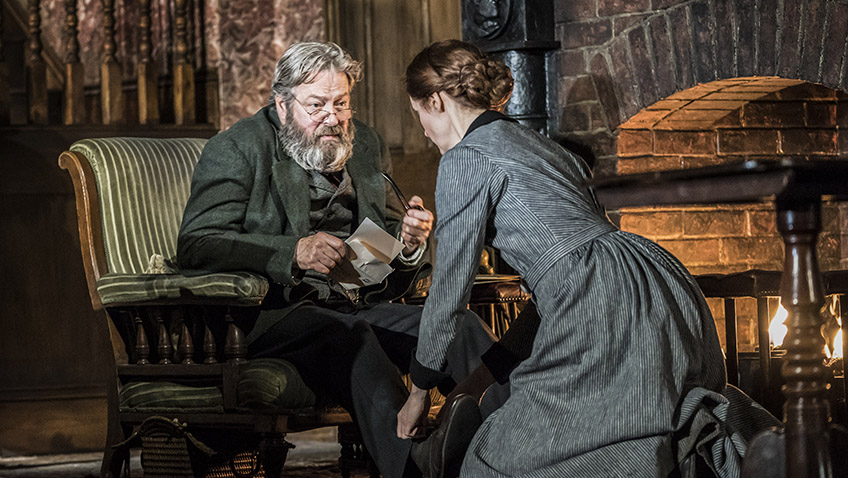 A major play of the Edwardian era is successfully revived

Githa Sowerby wrote her bleak, solid North Country family drama, in 1912 when feminist plays dominated the Royal Court Theatre. She was taken up by the Suffragettes and the play was a great success.

Rutherford and Son was not seen again until 1994 when it was re-discovered by the National Theatre and immediately hailed as 20th century classic. Since then it has been regularly revived. 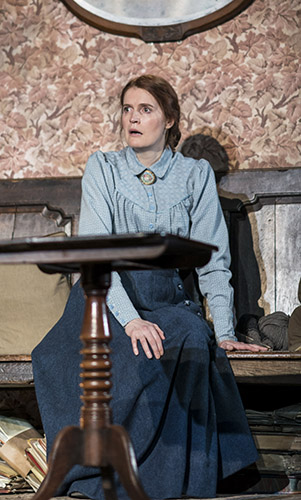 Justine Mitchell in Rutherford and Son

Polly Findlay’s production has a strong cast with a particularly fine performance by Roger Allam as John Rutherford, a glass manufacturer with three children, two sons and a daughter, all three a bitter disappointment to him.

John, his eldest boy, Harrow-educated, married a shop girl in London. In financial straits, he is clearly incapable of running the firm. Richard has gone into the Church because he is not good for anything else. Janet, now 35 and still unmarried, has grown old and become a drudge in his service.

The only person Rutherford respects is Martin (Joe Evans), his manager and right-hand man for the last twenty-five years. It is clear that Martin is the son he would have liked to have had; yet the moment he learns that Martin is having an affair with Janet (Justine Mitchell) he sacks him and turns Janet out of the house. Martin’s loyalty all those years carries no weight whatsoever and what is so upsetting is that Martin thinks that Rutherford is right to sack him.

1912 was a time of industrial strife and social unrest. The family business is in financial difficulties which might be solved by an invention created by John (Sam Troughton) if Rutherford were willing to pay a proper price for it. Rutherford refuses to negotiate with the fickle son he despises.

There is a first rate scene when Rutherford persuades Martin (against his better judgement) that it is in the interests of the firm that he should steal John’s invention and give it to him.

Martin also puts his loyalty to his master above his loyalty to Janet and Janet is forced to accept that he will never rise above his working class station and will go on touching his forelock till the day he dies.

Rutherford, based on Sowerby’s own father, is not a man to invite sympathy, nor does he receive any. The men are weak and ineffectual and only the women have the moral courage to stand up to him. The story-line is gripping; but the folk singing is intrusive and goes on for far too long.