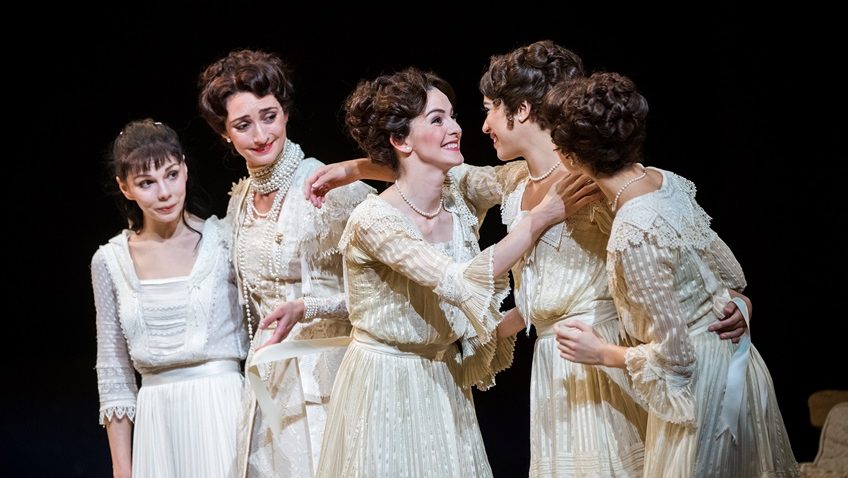 Anna Anderson in 1920 convinced many people that she was the grand duchess Anastasia, the only member of the Russian royal family to survive the massacre in 1917.

An ambiguous play about Anderson was written by Marcelle Maurette in 1952 and translated by Guy Bolton and acted in London and New York in 1953. A Hollywood film followed with Ingrid Bergman in 1956.

In 1967 Kenneth MacMillan created in a one-act dance-drama to music by Bohuslva Martinu for Lynn Seymour when the public still did not know whether Anna Anderson was lying or not. It wasn’t until the 1990s that DNA proved her an imposter.

In 1971 Macmillan created a three-act version with music by Tchaikovsky for the first two acts. This production with Natalia Osipova dates from 2016.

The first act has the Tsar and his family and their entourage on holiday. The dresses and naval uniforms are all in a white. It’s a pretty picture, imperial, elegant. The designer is Bob Crawley. The choreography is classical.

Anastasia is a bit of a tomboy, a happy child, carefree, wanting very much to be the centre of attention. There is a touch of humour with three mustached young men me in their tight-fitting stripped bathing suits. The only drama is the collapse of the Tsar’s hemophiliac son.

The second act at the palace is also more of the same, in the familiar classical ballet manner. Just when you are wanting to get on with the story, you have to watch ballroom dancing and a pas de deux divertissement.

The act comes to life when Rasputin (Thiago Soares), who has had surprisingly little to do, intervenes during a duet for the Tsar and the Tsarina and turns it into a ménage à trois. The ball ends with a bang and the arrival of the revolutionaries. 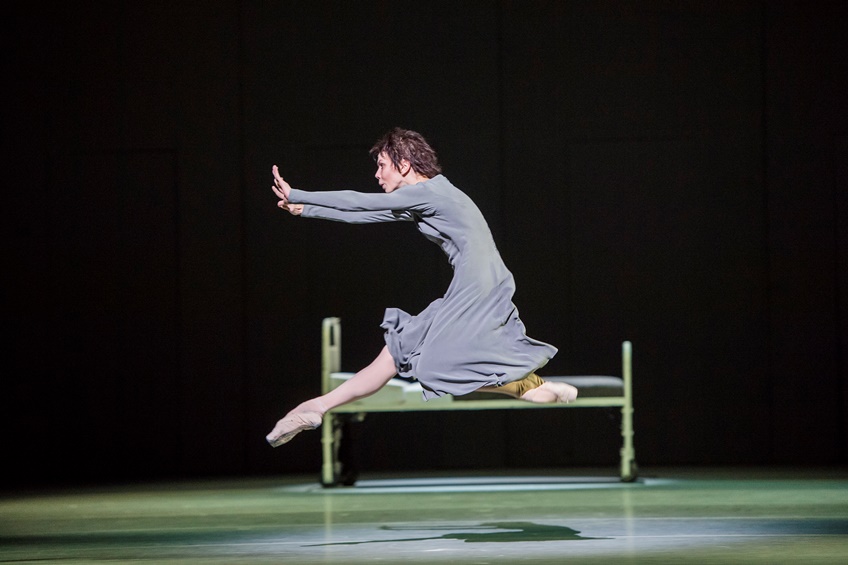 The third act – impressionistic and electronic and in a totally different style, more mime than dance – is set in a mental hospital where Anastasia (or rather Anna Anderson), surrounded by nurses and doctors, is watching old newsreels of the royal family and is re-imagining the past we have just seen in acts one and two and mingling it with the present.

The third act (the former one-act dance drama) is all going on inside her lunatic head. The stage fills with the Imperial family, soldiers, peasants and Bolsheviks. Rasputin reappears to throw her about. The murder of the royal family is recreated.

It is a dramatic mix and Natalia Osipova as the haggard/mad looking Anderson has at last something dramatic to do – dance, mime, act and scream out loud – and grabs the opportunity.