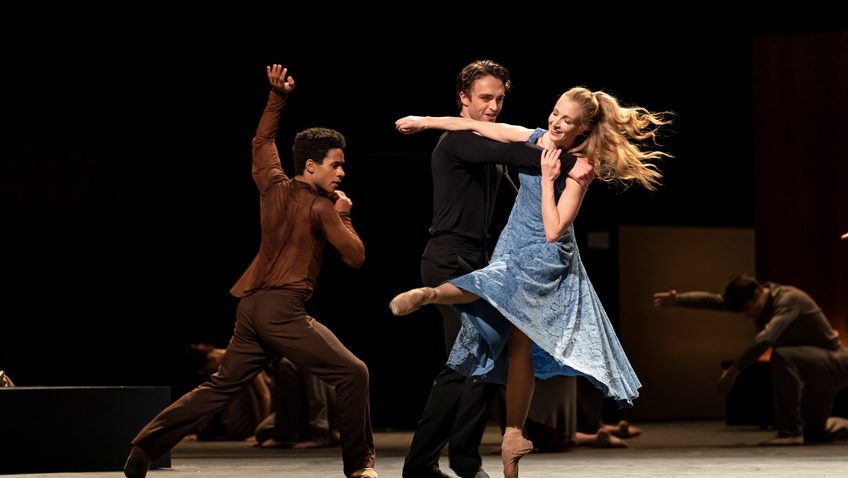 Robert Tanitch reviews The Royal Ballet’s The Cellist on line

The cellist is Jacqueline du Pre (1945-1987) who made her debut at 16 and quickly established an international reputation. Her career as a player stopped in 1973 with the onset of multiple sclerosis. She was 28 and at the peak of her career.

Cathy Marston’s one-act production for The Royal Ballet, which premiered in February celebrates her life, a tragic, heart-breaking story of love and loss.

The Cellist is the story of a girl’s love for a cello and the cello’s love for her.

Lauren Cuthbertson is the cellist. Matthew Ball is the conductor she married. Marcelino Sambé embodies the cello.

The cello enjoys the cellist’s embraces, her caresses. He enjoys being bowed and plucked. He feels the same emotions as she does. Cello and cellist become one. The eroticism is undeniable.

And then along comes a conductor and there is a ménage à trois. The ballet’s high spot is a passionate pas de trois when cello and conductor try to upstage each other. The cello refuses to be edged out.

The conductor forces his wife to continue touring when she is obviously sick and needs to rest. The cello suffers as much as she does when she can no longer play him.

The ballet would be better if it were shorter and concentrated just on the trio.