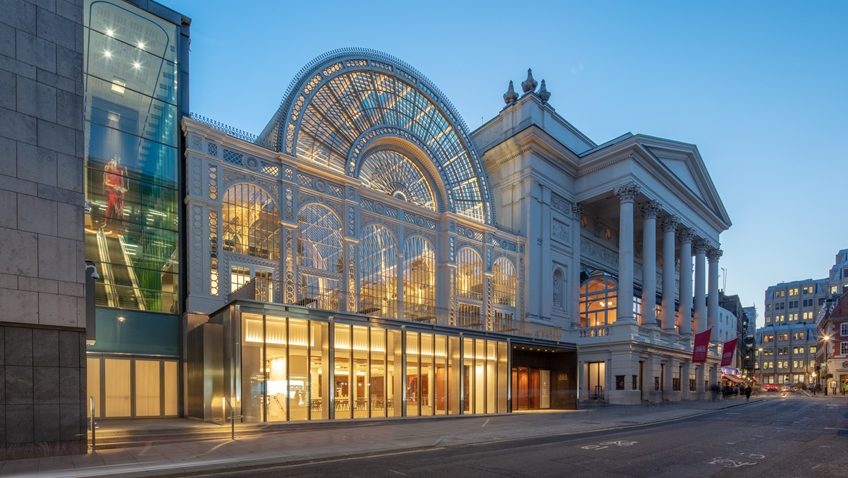 During the coronavirus the Royal Opera House is offering a programme of opera and ballet productions for free via ROH’s Facebook and YouTube channels.

Sergei Prokofiev’s Peter and the Wolf, his symphonic fairy tale for children, was first performed in Moscow in 1936.

Peter goes to the forest and he meets a bird, a duck, a cat and a wolf. He captures the wolf and saves him from being shot by hunters. The wolf is bound and marched off to the zoo.

A narrator tells the story. The orchestra illustrates it.

The work is a charming way of instructing children (and not only children!) how to identify orchestra instruments.

Matthew Hart created the choreography for Peter and the Wolf in 1995 for the Royal Ballet School’s annual matinee and it has proved a popular showcase.

Hart’s innovation is that the corps provides the scenery. The dancers create the forest and trees, a wall and its bricks, a meadow and its grass, a pond and its water, with their bodies, arms and legs. The pond with the girls in bubble wigs is pure Busby Berkeley.

The film is of a performance at the Royal Opera House in 2012. Will Kemp is the narrator and grandad. 15-year-old student Killian Smith is a bespectacled Peter.

Sergei Polunin is the big bad wolf who swallows the duck whole and alive.