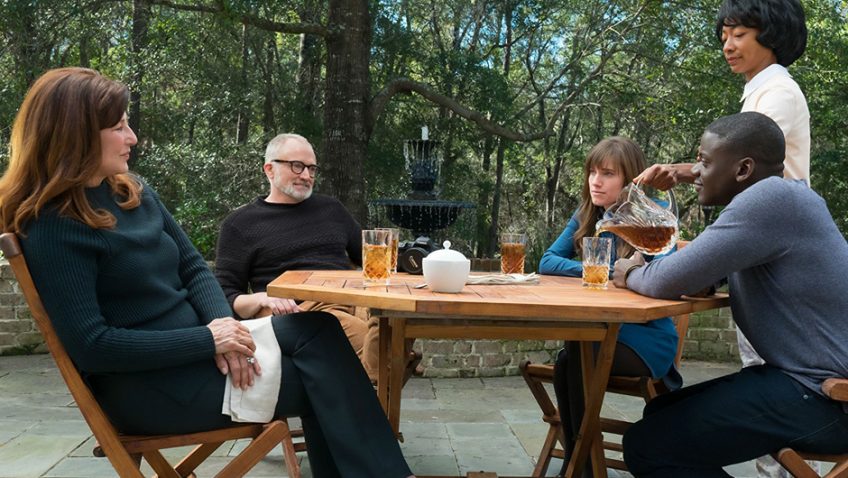 Don’t miss Get Out, Lady Macbeth and My Cousin Rachel

Get Out (Universal). Guess who’s coming to dinner? A white liberal middle-class young woman (Allison Williams) invites her boy friend (Daniel Kaluuya, excellent) to meet her white liberal middle-class parents “Do they know I’m black?” he asks. Jordan Peele’s film is an excellent satire on white middle-class liberals revealing their racism every time they chatter. Their ever-so polite conversation can be patronising, hostile and excruciatingly embarrassing. But what strategic game is being played out and why? I wish director screenwriter Peele had not turned a mysterious and disconcerting thriller into an explicit horror movie. It wouldn’t be so commercial if he hadn’t, of course. There are remarkable performances by Betty Gabriel and Lakeith Stanfield as two brainwashed blacks.

Lady Macbeth (Altitude). Nikolai Leskov’s novel set in Mtsensk has been completely rethought and reset in 19th Century northern England. The result is one of the best British films of the year and there is an outstanding performance by Florence Pugh as the lady of the house who is so brutally treated by her husband and father-in-law that she seeks solace from a groom (Cosmo Jarvis). The murderous drama that follows is totally engrossing and impressively directed by William Oldroyd. So impressive, I felt I was watching a foreign art house movie.

My Cousin Rachel (Fox Searchlight) A man dies. His nephew is convinced his wife murdered him. But when he meets her he becomes infatuated and rashly generous with his wealth. Rachel (Rachel Weisz) has unbridled passion and unlimited sexual appetite and she easily twists Philip (Sam Claflin) round her little finger. The naive 24-year-old knows nothing about women. Will he lose his inheritance or his life or both? The strength of Daphne du Maurier’s novel is its ambiguity and the ambiguity is the strength of Roger Michell’s film.

Daphne (Altitude). Daphne, shopping at a late-night grocery, witnesses a stabbing. She doesn’t want counselling and rejects the Victim Support System and takes to drugs, alcohol and sex. Her mother has cancer. Life is pretty grim. She doesn’t feel any emotion either for her mum or the stabbed man. She becomes more and more depressed. The therapist suggests she visits the victim and his family and they and she re-enact the crime. Is that really a good idea? Peter Mackie Burns directs and Emily Beecham plays Daphne.

78/52 (Dogwoof). Alfred Hitchcock did the unthinkable in Psycho. He killed off the star (Kim Novak) a third of the way into the film and he wouldn’t let anyone into the cinema once it had started to see what was to become one of the most famous scenes in world cinema. It took him seven days to shoot it. The murder in the shower – with a naked woman’s body under constant assault from a knife and the blood draining down the plug hole – still resonates. 78 set-up shots. 52 cuts. The editing, the music and the silence are all brilliant. Hitchcock fan will want to see this documentary by Alexandre O. Philipe.