Home / SLIDER / Do you want to take a grandchild to the theatre? 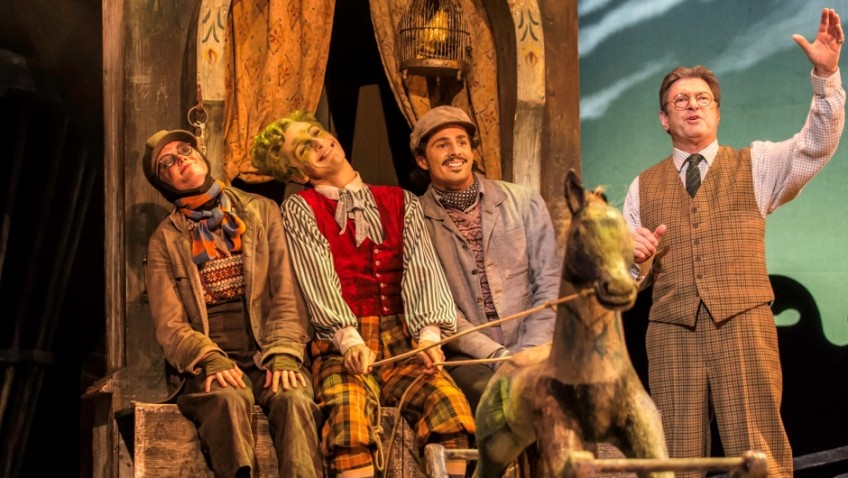 Do you want to take a grandchild to the theatre?

Robert Tanitch reviews The Wind in the Willows at Vaudeville Theatre, London

It took some time for The Wind in the Willows to become established as a modern classic. The turning point was the first stage adaptation in 1929 by A A Milne and called Toad of Toad Hall.

I saw a tired and dreadfully old-fashioned production in the 1970s, when Richard Goolden was still playing Mole. It was a role he had been acting on and off since 1930. He used to fall asleep on stage. The actors would prod him when he had to wake up and say his lines.

The best and certainly the most spectacular adaptation I have seen was Nicholas Hytner’s production of Alan Bennett’s version at the National Theatre in 1991.

Will Tucket’s sweet, miniature and more modest dance drama, which premiered at the Royal Opera House in 2002, is getting its second outing in the West End and it would be a good choice if you were looking for a Christmas treat and wanted to introduce a very young grandchild to dance. Children will enjoy Tuckett’s version much more if they have read Kenneth Graham first and know who Mole, Ratty and Badger are and are familiar with Toad’s adventures with car, gaol escape and battle with the weasels and stoats.

The show, which lasts just 90 minutes, including a generous interval, is a mixture of mime, song, dance, carols and puppetry (for the stoats). There is a magical moment when snowflakes fall in the auditorium.

The comic high spot is provided by Ewan Wardrop whose hefty gaoler’s daughter is very much in the pantomime dame tradition and he and Cris Penfold, (a sprightly Toad), are very amusing when they Morris dance together. Wardrop is also funny as a poncey Teddy Boy weasel.

The narrator is Alan Titchmarsh, who is making his debut as an actor and often sounds like Alan Bennett. The elegiac text is by the former Poet Laureate, Andrew Motion.