Home / SLIDER / “In life everything is mixed up: the profound with the trite, the tragic with the comic.” 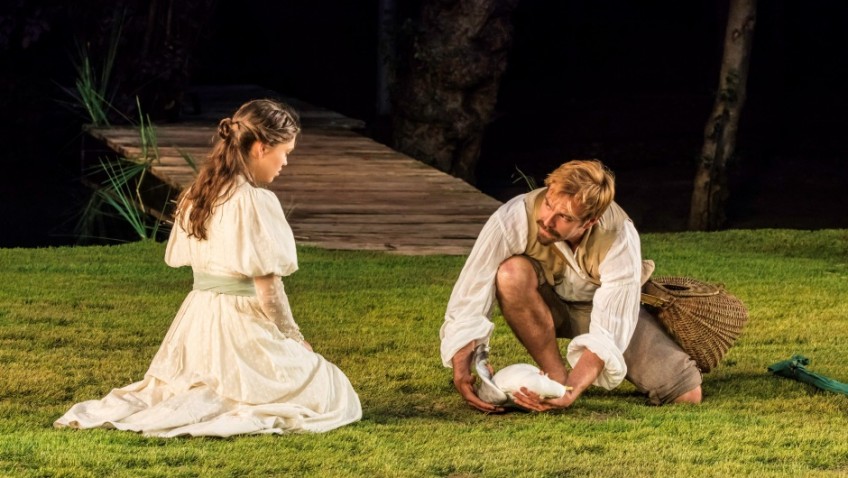 “In life everything is mixed up: the profound with the trite, the tragic with the comic.”

THE SEAGULL premiered in St Petersburg in 1898 and had a famously disastrous first night. The audience thought they were going to see a farce and booed.

“I shouldn’t write plays,” said Chekhov. “If I live another 700 years I won’t let the theatre have another play.

Two years later, fortunately, it was a huge success and the Moscow Arts Theatre and they adopted the seagull as their emblem. The play has a record number of unrequited love triangles. Everybody is in love with the wrong person.

Konstantin, a young unperformed playwright, loves Nina, a stage-struck girl, who loves Trigorin, a famous writer, who is loved by Arkadina, Konstantin’s mother, a famous actress.

“In life,” said Chekhov, “everything is mixed up: the profound with the trite, the tragic with the comic.” It is this knife-edge between laughter and tears which the cast has to achieve.

The characters are all slaves to their egos.

Arkadina (Janie Dee) degrades herself with a Trigorin (played much younger than usual by Alex Robertson) who is only fractionally more mature than her cry-baby son (played very young by Matthew Tennyson). Lisa Diveney as Masha and Colin Hoult as Simon

Trigorin is always rushing to make notes for his second-rate stories and he shares an amusing drunken scene with bitter Masha (Lisa Diveney), who has a much more prominent role in this version by Torben Betts.

Matthew Dunster’s production (with its huge wide-angled mirror above the actors) works well in the open air and is notable for many of the asides and monologues being acted as voice-overs.

The servants, too, play a key role as silent and bemused observers of an unhappy group of people falling apart.

There are good performances from Ian Redford as old Sorin with his endless regrets over his unlived life (a major theme of the play) and from Colin Hoult as the ignored schoolmaster, so preoccupied with his lack of money that he talks about nothing else.