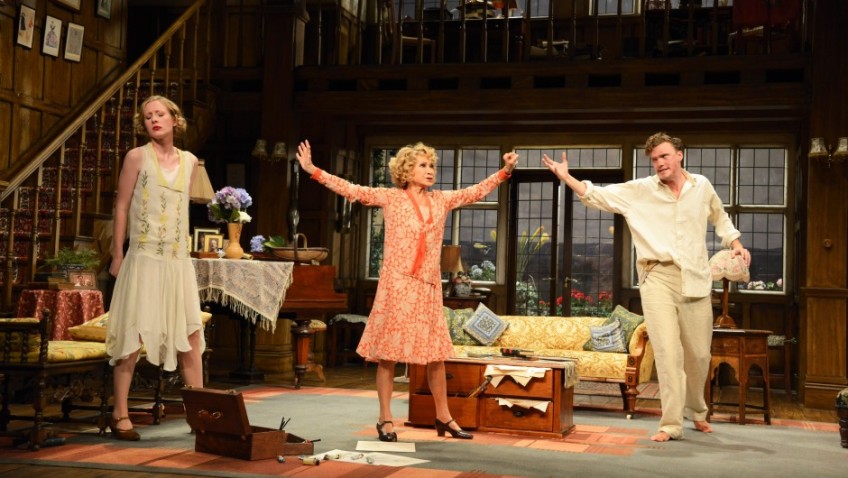 “You’re he most infuriating set of hypocrites I’ve ever seen. This house is a complete feather-bed of false emotions – you’re posing, self-centred egoists, and I’m sick to death of you.”

Noel Coward’s famous comedy of bad manners dates from 1925 when he had four plays on in the West End at the same time. He was 25. Hay Fever has always been hugely popular with professional and amateur actors.

It had a major revival in 1964 by the National Theatre when they were at the Old Vic. Coward directed a cast which included Edith Evans, Maggie Smith, Derek Jacobi, Robert Stephens and Lyn Redgrave.

Coward had been out in the cold ever since the arrival of the Angry Young Men in the 1950s. The production marked his return to favour and Hay Fever and his other plays, most notably Private Lives, have been regularly revived ever since. 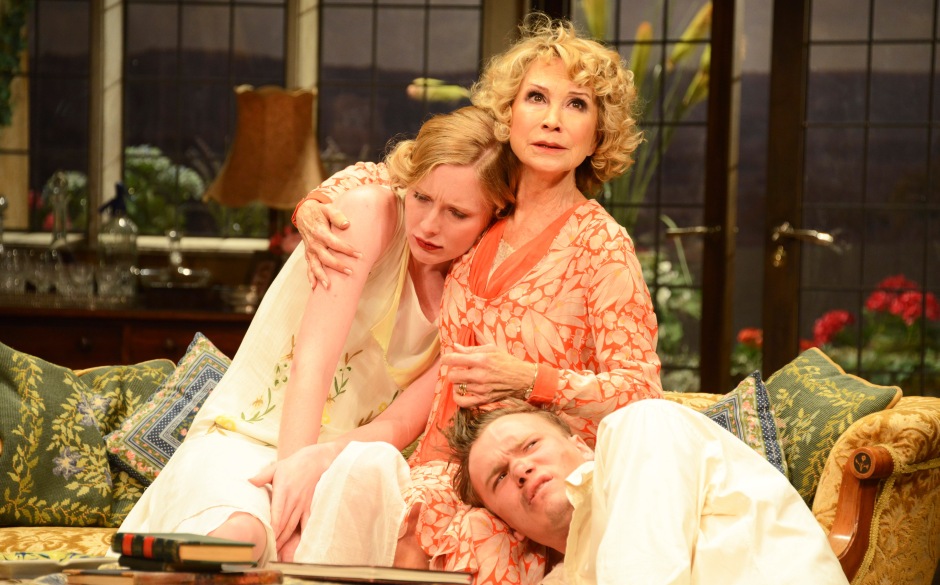 The script, dashed off in three days, is set in the country home of a family of four insufferable Bohemians.  Mother, father, daughter and son have, unbeknownst to each other, invited a guest for the weekend.

The comedy rests entirely in the situation of the intolerable rudeness of the hosts and the excruciating embarrassment of the guests.

Coward drew on his own experience when he was in New York and the weekend guest of the American actress, Laurette Taylor and her husband, Hartley Manners, and had to suffer their appalling manners and acrimonious party games. 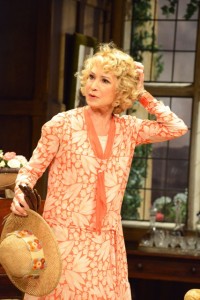 The leading role of the mother, a retired actress (played by Felicity Kendal), who is liable to drift into melodramatic scenes from her stage successes at the slightest opportunity, was created by Marie Tempest who initially turned the play down, saying it was plotless.

Coward totally agreed with her, saying it was far and away one of the most difficult plays to perform that he had ever encountered: “To begin with, it has no plot at all and remarkably little action.  Its general effectiveness therefore depends upon expert technique from each and every member of the cast.”

I saw Lindsay Posner’s production last September when it was touring the UK. The performances were much better then, than they are now.

The biggest laugh of the evening comes when the diplomat (Michael Simpkins) unwisely taps the barometer and it falls off the wall. It is the one moment in the play which everybody always remembers.

To find out more about Robert Tanitch and his reviews visit his website.