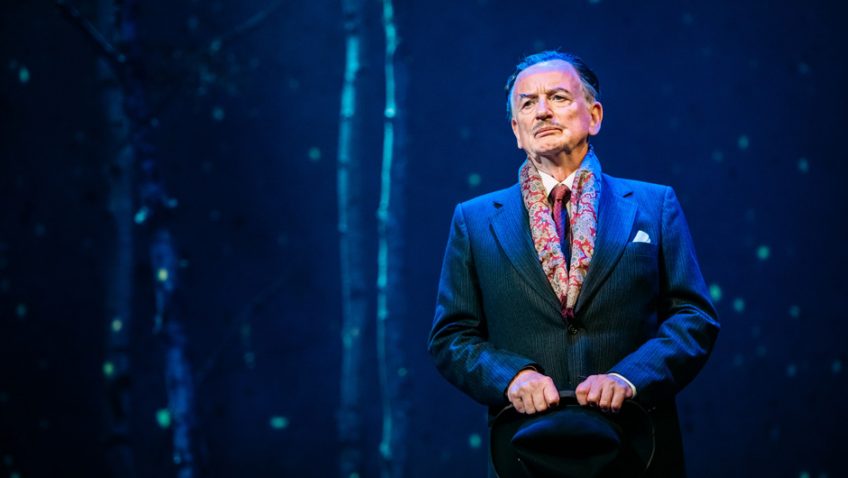 It was appropriate that Chris Hannan’s play should have had its premiere in Birmingham Repertory Theatre.

On 21 April 1968 at Birmingham’s Midland Hotel Enoch Powell had addressed a Conservative Association meeting and delivered his incendiary “Rivers of Blood” speech which divided the nation in much the same way that the Brexit vote 50 years later divided the nation. Ian McDiarmid in What Shadows

“I hold up a mirror in England,” he said. “As I look ahead I am filled with foreboding. Like the Roman I see the River Tiber foaming with much blood.”

Powell thought the nation must be mad to be letting in such large numbers of immigrants without regard for the consequences twenty years on.

But when racial feelings were already running high was he right to inflame them more? Prime Minister Heath sacked him from the shadow cabinet.

Powell argued to see what was happening and not speak would be a gross betrayal. He said he was speaking up for the working classes, who felt they were strangers in their own country. He won huge support.

Hannan’s purpose is not to kick Enoch Powell, who is treated sympathetically, but to encourage more open discussion about who we think we are. Immigrants present that question in the most dramatic and rawest form.

What Shadows, which is directed by Roxana Silbert, argues we are all racists and that there is nothing irrational about prejudice because every molecule in every body is prejudiced in favour of its own survival.

There is also another story running parallel. In his speech Powell mentions a white woman who is the only white person left in one street and a little black girl spits at her.

By 1992 that little girl has grown up to be a successful Oxford academic (Amelia Donkor) and she wants to write about English identity and to meet, interview and confront the now old and ailing Powell.

Powell says: “I was a storm. I was also a man entirely alone in a storm. I was a force that tore up trees and blew down chimneys, at the selfsame moment I was a man walking the streets as the chimneys fell and smashed on the road. There were forces beyond my control and I was one of them.”

With lines like these, Ian McDiarmid could be playing Prospero or King Lear. It’s a crisp, sharp, impressive performance and he is given good support by Nicholas Le Prevost as Clem Jones, his best friend, a Liberal newspaper editor.