Home / SLIDER / The most important weather forecast in history 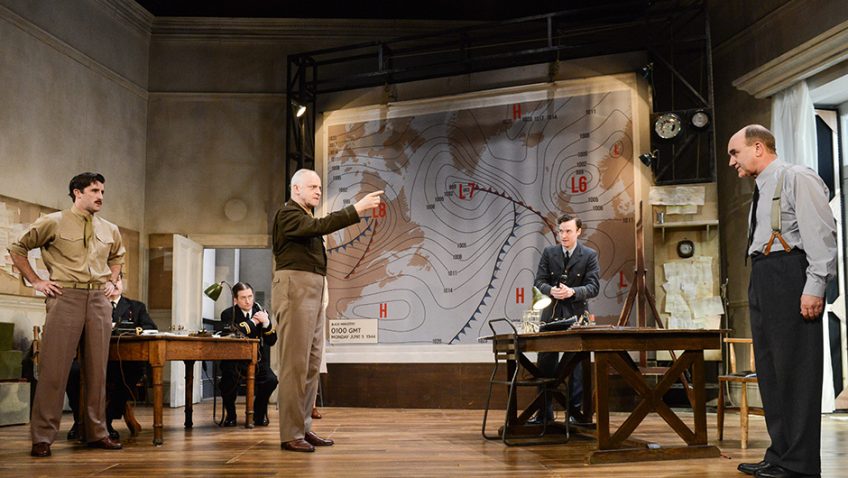 The most important weather forecast in history

David Haig’s World War 2 play, which premiered in Edinburgh in 2014 and has been seen at Chichester and on tour, is on its way to the West End.

Haig tells a little known story and he also plays the leading role.

The intended date for the Allied D Day landing on the coast of France is Monday June the 5th, 1944. 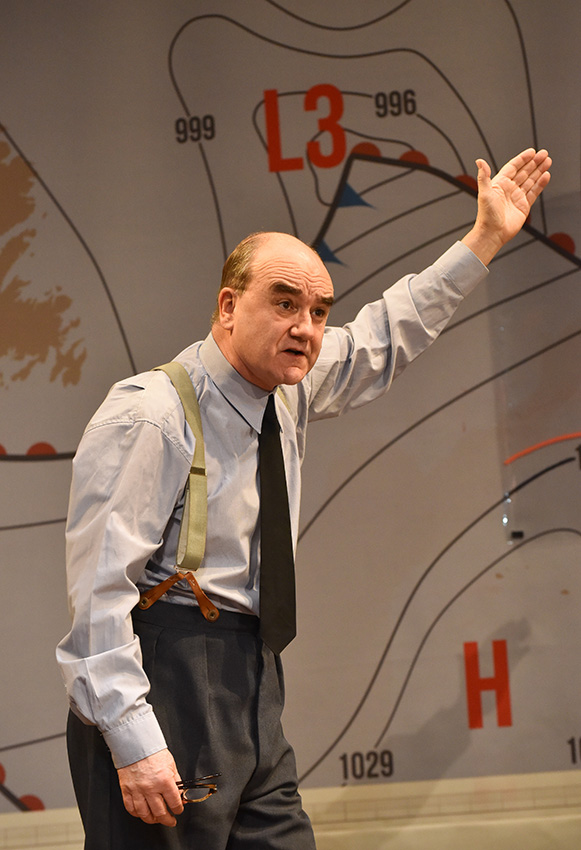 The biggest amphibious landing in history is ready and raring to go. But there is one major problem: the uncertainty, the imponderability of the British weather.

British weather is uniquely complex and erratic. Nothing is predictable. Long term forecasting is only ever informal guesswork.

The back wall of the set is dominated with changing weather charts.

General Eisenhower turns to two Allied meteorologists for advice. There is one chance only to get it right. If they get it wrong thousands will die.

350,000 lives are at stake and the meteorologists cannot agree.

Krick had worked in Hollywood on Gone with the Wind and had to advise when the weather would be right to shoot the Burning of Atlanta.

David Haig plays Stagg. Malcolm Sinclair plays Eisenhower. Both actors make you fully aware of the enormous responsibility they are having to carry and its toll on them.

Stagg has additional stress. His wife goes into labour and there is a strong possibility that she and the baby might die.

The director John Dove keeps up the pressure.

Pressure will transfer to the Ambassadors Theatre in June. My guess is that it will then be made into a film for television.