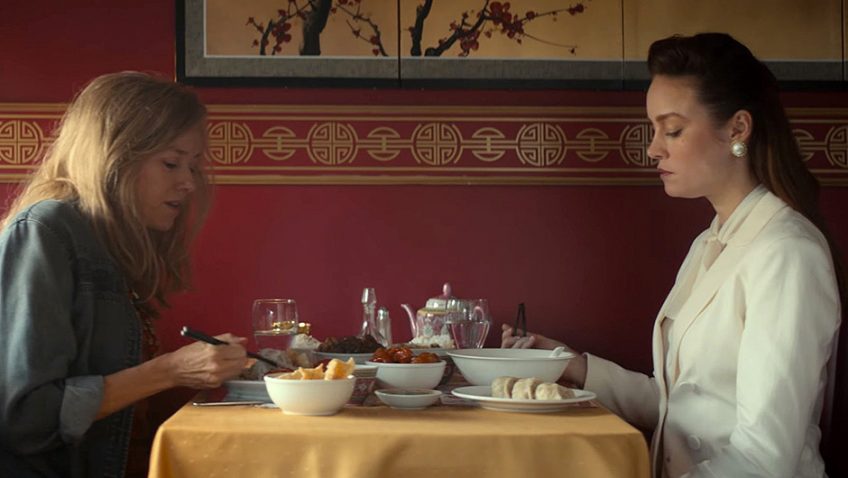 This riveting, true coming-of-age story struggles to make its point

The Glass Castle is a well-acted coming-of-age drama, based on the autobiographical book by gossip columnist and journalist Jeannette Walls (Brie Larson). Born in Phoenix, Arizona in 1960 to peripatetic parents – would-be artist Rose (Naomi Watts, superb) and alcoholic, domineering patriarch, Rex (Woody Harelson) – her horrific childhood is the stuff that movies are made of.

Destin Daniel Cretton’s (who co-wrote the adaptation with Andrew Lanham) film is riveting and convincing in its depiction of the young Jeannette’s (Ella Anderson) childhood, but is less satisfying when dealing with the affects of this childhood on Jeannette’s adult life. A late tear-jerking father-daughter reunion is particularly frustrating as it undermines all that we have witnessed in the childhood scenes. The film begins in New York City 1989, when Jeanette (Brie Larson) is a stunning career girl and then flashes back to her abusive childhood. Jeannette sits in a swanky New York restaurant with her handsome, wealthy fiancé Rex (Max Greenfield) entertaining an approving group of trendy colleagues. It is a scene that young Jeannette could never have envisioned when being dragged across the USA (often in the dead of night) before finally settling in a derelict house in Welch, West Virginia.

Seen through the eyes of an adoring, caring young dependent, who has no point of comparison, Rex is a character out of a swashbuckler novel, but one that can answer all those questions about the night sky and natural life that most model parents cannot. How exciting it must seem when Rex hatches a plot to ‘rescue’ Jeannette from a hospital, ordering Brian (Iain Armitage) to feign a fit to distract the nurses. With our adult eyes, we cannot share the fantasy adventure. We have seen little Jeanette scalded in the kitchen because Rose is too busy painting to feed her.

Rex isn’t the misguided, but loving father of Captain Fantastic  who home schools his children in a well-organised woodland camp to give them a well-rounded, challenging education while preventing them from being corrupted. That father touches alcohol and dedicates his life to his children, overlooking the fact that hunting skills will not help them socialise outside of their family circle.

At one point even Rose gets fed up with Rex, who continually uproots the family and drinks his way through the food budget. Rose gets in the car, threatening to take the kids and leave, but they know, and we do too, that it will never happen. Rex rules with a combination of charm, promises and fear. If Rex is in a state of arrested development Rose cannot forget their passionate, carefree courtship. Rex knows he has a hold on Rose that is stronger than her compromised and limited maternalistic instinct. Woody Harrelson in The Glass Castle

As the children grow up and go to school, they begin to see their father for what he is: an incurable alcoholic who puts his needs above their well being. The turning point is, ironically, when Rex and Rose decide to take a holiday together and leave the four children with Rex’s mother, Emma (Robin Bartlett, terrific). Emma is also an abusive tyrant but, unlike Rex, she hits the children. Jeannette also has Emma pegged for a child molester when she sees her with Brian. This leads adult Jeannette to approach her father who is in denial about his own childhood abuse.

By this stage, however, it is too late for us to feel sorry for Rex and make excuses for his conduct. We have seen too much, particularly when Rex steals the money Jeannette has been saving to join her sister Lori (Sarah Snook) in New York City.

When we catch up with the opening flashback and see Rex and Rose (now living in a condemned tenement in NYC) crash Jeannette’s engagement party, all we want to know is how the 17-year-old, high school drop-out escaped from the backwater of Welch to become an impeccably dressed gossip columnist – of all things – in the big Apple. This missing chapter of Jeannette’s life has all the elements of another, perhaps less episodic, movie, and so we are left with the uncomfortable denouement of this one.

When Jeannette realises that she is living a lie with David, and has sought out a man for being the exact opposite of her own father, the film tends to give credence to Rex’s warning that she will not be happy with Mr Normal. This is a warning that we would have interpreted as the spiteful desperation of a tyrant losing control, were it not for the fact that David is intentionally presented as a stereotypical yuppie looking for a trophy wife. The more David represents the trappings of capitalism and stuffy conventionality, the more Rex comes to represent individual freedom and romanticism.

During an early scene when the family, on the run from the hospital escapade, spend the night in the desert, Rose sits at her canvas painting a lone, sad looking tree, bent from the wind. “It’s the struggle that gives it its beauty,” Rose tells Jeannette, although the little girl, still suffering from the third degree burns to her torso, might not appreciate the message. This poetic theme is nicely done and understated, but it sounds self-serving when the struggle is far from the noble, heroic stance against an inevitable force of nature. Jeannette’s is the suffering caused by an alcoholic tyrant who fails to provide for his vulnerable children and a mother who will not protect them.