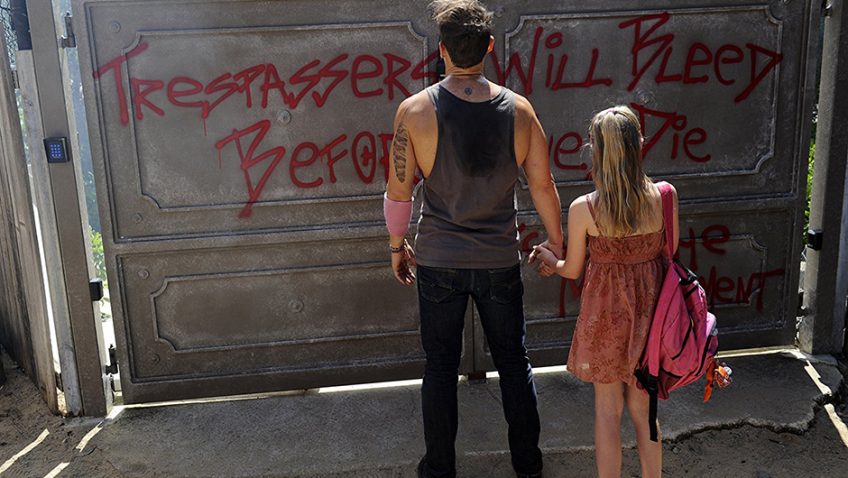 Australian Writer/Director Zak Hilditch’s feature debut is a gripping, well-acted and atmospheric ended-of-world film that is let down by his adherence to all the clichés of the genre.

In a frenzied opening scene, a ruggedly handsome, tattooed and notably muscular man in his thirties, James (Nathan Phillips) is saying goodbye to his beautiful mistress Zoe (Jessica de Gouw) at her beachside house in Perth, Australia. This farewell is juxtaposed with a running news commentary about the progress through the world of a meteor crashing to earth. Scientists predict Australians have 12 hours to live before the continent will be consumed by fire. That Hilditch and his editors manage to reduce these 12 hours to 85 minutes without our noticing is all to their credit.

When Zoe tells James she is pregnant he has a big decision to make: whether to remain with Zoe, whom he appears to love, or to rendezvous with his sexy and loopy girlfriend Vicky (Kathryn Beck) at a wild party that is designed to numb the guests from the pain of extinction. He doesn’t look like the settling down type and we are not surprised when he heads to the party.

This decision is not only true to character, but enables Hilditch to create a road movie, widening the scope of the imminent disaster. A thriller could have been fashioned in accordance with the choice to remain, as well. In 10 Cloverfield Lane, three people remain in a well-stocked bunker after the world has been contaminated. The possibility of hiding in a bunker comes up here, too, when Vicky shows James the bunker his crazed friend Freddy (Daniel Henshall, the amazing actor from Snowtown) has built. James dashes Vicky’s hopes of survival when he declares it is not nearly deep enough to protect them.

A road movie also enables James to view a lawless world that we, the audience, have seen in dystopian movies from 28 Days Later, to The Road and Take Shelter. We also observe how people choose to spend their final hours, which invites the audience to consider their own choices. This is a subject that has been covered in films as varied as Seeking a Friend for the End of the World to the recent The Brand New Testament in which a leak in God’s computer means humans know how many years and minutes they have left to live. 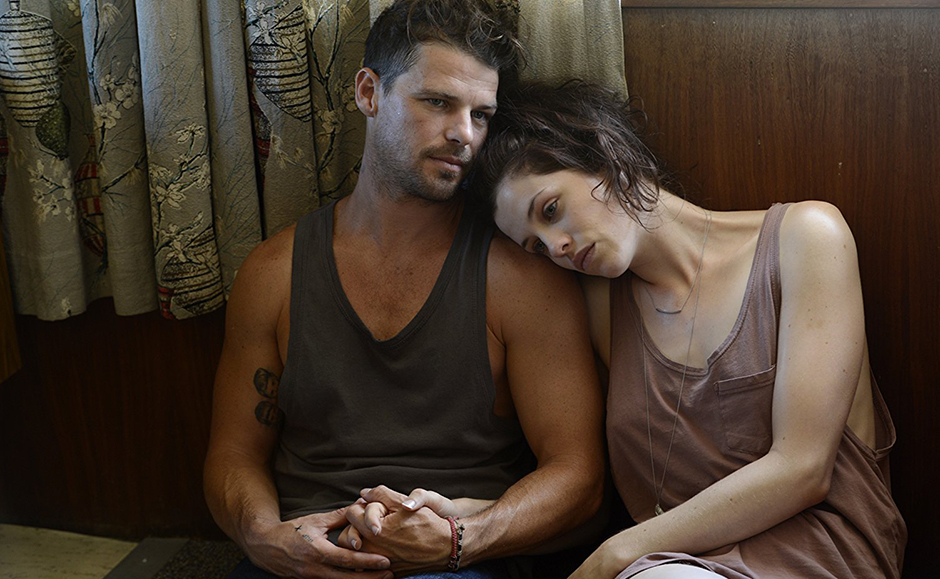 Nathan Phillips and Jessica De Gouw in These Final Hours

James makes one choice that he regrets instantly, but which ultimately offers him the proverbial salvation that any respectable film bestows on its lead character. In addition it provides a reason to make the final decision of his life the right one.

Despite risking his own life, James stops the car long enough to save a lone girl from rape. This act adds a favourable note to the character of James to offset his apparently selfish abandonment of his pregnant girlfriend. But it has another purpose. For almost the entire remainder of the film, a pretty, girl of about 12 named Rose (Angourie Rice) accompanies James on his road trip and teaches him a thing or two about family bonds.

When James’ attempt to dump Rose with the first family he sees fails, they head to her aunt’s, where she had been told to meet with her father if they were to become separated. Along the way they make a gruesome stop at James’ sister’s house. 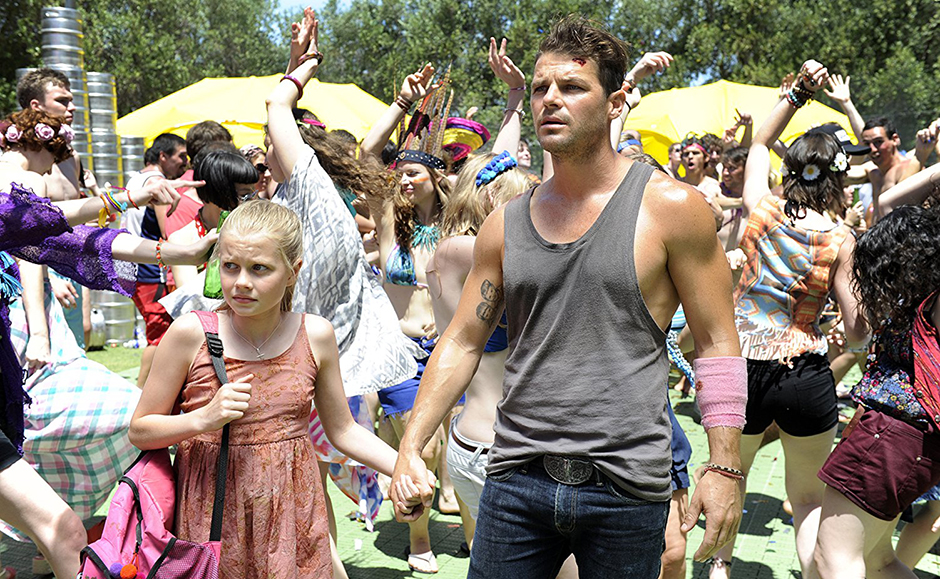 Nathan Phillips and Angourie Rice in These Final Hours

Shocked and depressed with what he finds, James drives on, eventually arriving with Rose at the rave. But he instantly feels out of place at the party, which he is suddenly seeing it through the eyes of a protective father or brother. He cannot enjoy the drugs and booze, or even sex with Vicky in a revealing bathing suit. It is hard for Rose to imagine James and Vicky, who is not only high but petrified, together, and this proves increasingly challenging for James.

When Rose overdoses on a pill a mad woman gives her and becomes gravely ill, James leaves the party, determined to reunite her with her father before she dies. He first stops at his estranged mother’s (Sarah Snook) house to find petrol. His mother is touched that her son has taken responsibility for another, vulnerable human being and the two separate with a heartfelt, heartbreaking farewell.

Sunny Perth, with its beautiful beaches and clean, suburban homes might not strike you as the best place to set a dystopian movie, but even on a low budget Hilditch manages to convey the eerie, lawless and desperate atmosphere of a doomed ghost town city. These Final Hours

holds yours attention, but it needs a better script and more original story to be more than a promising debut of a talent to watch.