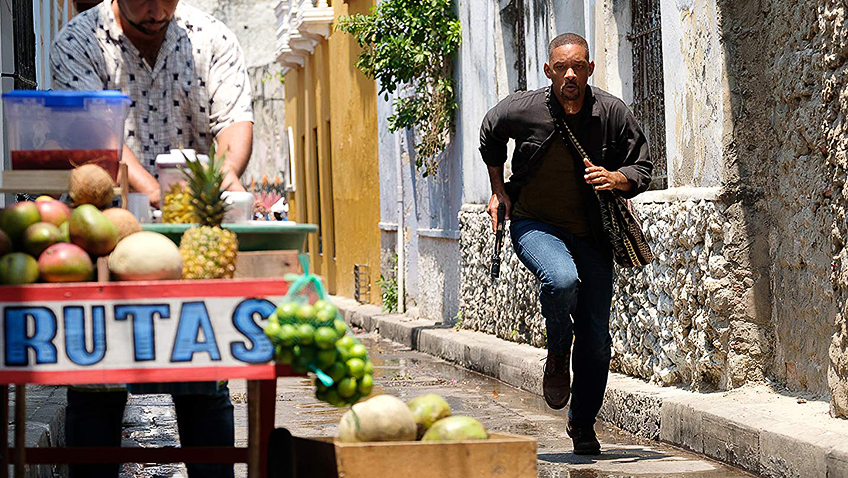 There are about a dozen occasions in Gemini Man

where a character tells Henry Brogan (Will Smith) how wonderful and talented he is. Of course, Brogan is an assassin for a top-secret branch of the DEA, but you can’t help thinking how multiple takes of such praise might go to an actor’s head. And if no one can shoot like Brogan, no actor has been honoured with a GCI clone of himself called Junior, who, though 25 years younger, cannot quite measure up to the real deal.

is the latest film from the great filmmaker Ang Lee (Eat Drink Man Woman, The Ice Storm) who, at 64, remains one of the world’s most versatile and innovative directors. Every martial arts wuxia film made since 2000 owes something to Crouching Tiger, Hidden Dragon, which was the highest grossing film not-in-the-English-language in American history. Every gay love story since 2005 owes something to Brokeback Mountain, but nothing has come close. In 2012’s Life of Pi everyone believed that Pi Patel was adrift on the sea with a live tiger. Lee’s last film, Billy Lynn’s Long Halftime Walk was the first feature film to use an extra-high frame rate of 120 frames per second at 4K HD resolution resulting in a new and different viewing experience, but making it difficult for theatres to show it.

Billy Lynn’s Long Halftime Walk, a sadly underrated, thought-provoking film, was a box office failure, but despite this, Lee believes in digital, high frame rate and high-resolution filmmaking, and set out, if not to perfect it, then to develop it with Gemini Man

. In addition to this, however, Lee gives us the first major character in a feature film who is a clone, created through CGI, motion capture and, apparently, the de-aging technology you will see in Martin Scorsese’s The Irishman.

In an exciting opening that promises more than the film ultimately delivers, we have an establishing shot of Santiago Calatrava’s train station in Liege, Belgium. A man seated next to the window is the target, but the action takes place on a hill some distance away. Veteran government assassin Henry Brogan, 51, is taking aim at an impossible distance, guided by a voice in his headphone that tells him what we see: an adorable little girl has approached the target. We see the trigger finger relax. Suddenly as the train moves and the operation is about to be aborted, the girl’s mother drags her away and Brogan shoots. 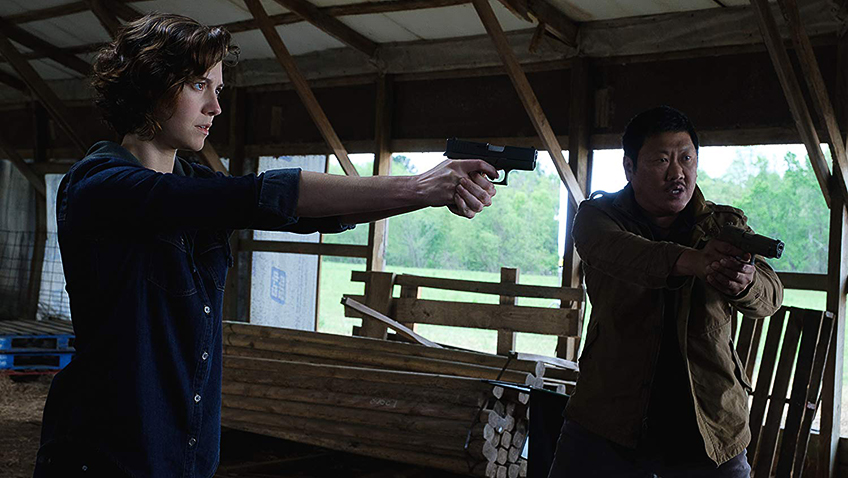 Brogan learns that while there is one less terrorist in the world, instead of a clean shot to the head, he hit his target in the neck. Back in Buttermilk Sound, Georgia, in an isolated, sprawling, log cabin on a lake (standard fare for hit men) Brogan is troubled enough to announce his retirement. This is the first time we hear the compliments because, as Henry is about to find out, there is only one man on earth who wants him to retire. That man is Clay Varris (Clive Owen), the unscrupulous director of a top-secret special operations unit called Gemini, and he has gone to great lengths to find a replacement for his former operative.

If Brogan is looking forward to a relaxing retirement, he has a surprise waiting for him when he hires a boat, not to go fishing, but to pay a visit to Jack Willis (Douglas Hodge), an old friend, now happily retired on his yacht. Jack tells Henry that according to an informant in Budapest, Yuri Kovacs (Ilia Volok), Henry killed a scientist, not a terrorist. Determined to get proof and discover who orchestrated this hit, Henry asks Jack to arrange a meeting with Yuri. As he is doing so, the agency discovers that Henry knows the truth about their duplicity and plot to take him out.

Returning the boat, Henry is now aware that he is in danger. He questions Danny (Mary Elizabeth Winstead), a pretty, and unusually intelligent substitute for the normal boat hire man, who is conspicuously absent. Henry believes she is an undercover agent, which, of course she denies. 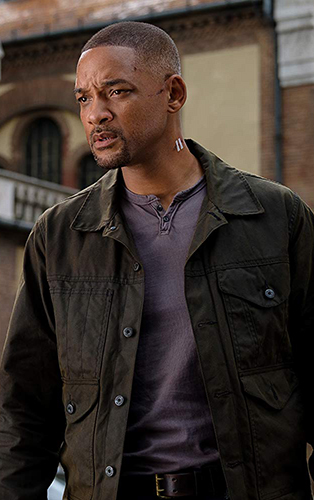 Will Smith in Gemini Man

It is a staple of thrillers with rogue agents that an attractive woman is thrown together with the hero on the run, and they usually have a friend who has such a strong sense of loyalty that he puts his life in danger to serve as fixer. When Henry and Danny are almost killed by government agents, they join forces as allies, relying on the contacts of Henry’s old colleague Baron (Benedict Wong), to fly them to Budapest on a private jet.

The 3D is well done, if unnecessary, but the combination of the high frame rate and digital high definition produces a hyper-realism that does pull in the viewer and make every detail, which you might otherwise overlook, stand out. In some cases, though, the clarity can be disconcerting. The clone is indeed a young version of Will Smith, but also like a young Will Smith on Botox, because the clone’s facial movement is not expressive or nuanced.

What lets the technology down is the script. The project, conceived by Darren Lemke in an original screenplay, has had a long history, changing studios, directors and producers as everyone waited for the technology to develop. Lemke’s screenplay has since been rewritten by some very talented writers, including Billy Ray, Andrew Niccol, David Benioff, Brian Helgeland, Jonathan Hensleigh, and the writing team of Stephen J. Rivele & Christopher Wilkinson.

But when you have this many writers working on a feature film, you start to worry. And Ang Lee must have been too involved in the technology to notice all the plot holes and the dire performance by Clive Owen, who, since The Informer, is the man to call when you need to cast an affordable, corrupt government agent played like a wooden clone of Clive Owen. But how could Lee be unaware that his film is barely suspenseful, and fails to do anything with the rich concept of nature vs nurture? Why else would you put a DNA cloned son with two fathers in a movie, if not to engage in this topical debate?