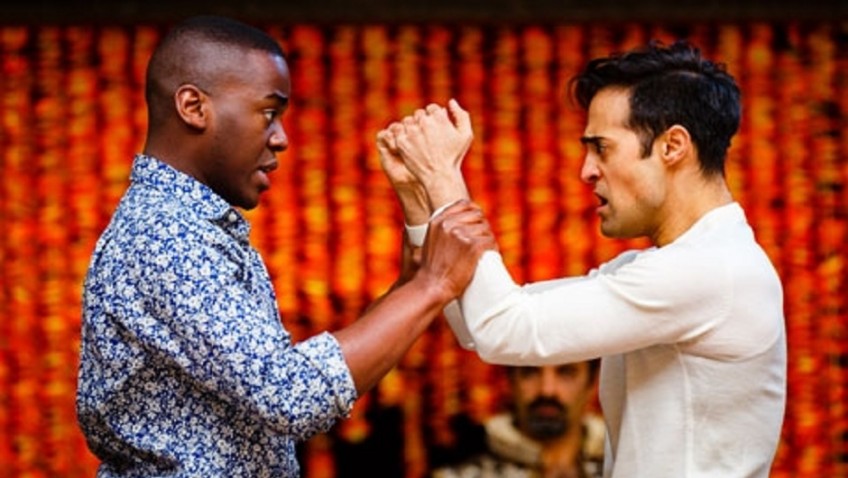 The first Globe Theatre burnt down in 1613 and theatre audiences had to wait a very long time for it to be rebuilt – until 1997, in fact 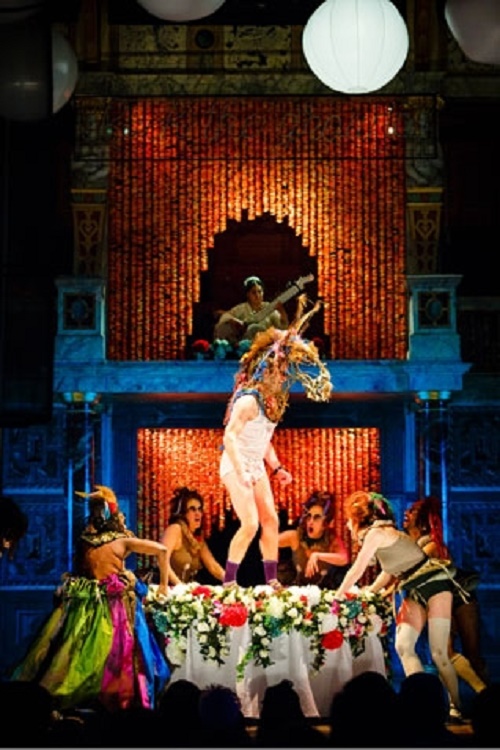 The whole purpose of building the present Globe was for it to be a replica of an Elizabethan theatre and for it to be as close to the original as possible in building and production values.

Shakespeare purists and Globe academics are not going to be pleased with the opening production of the 2016 season.

The Globe’s Board of Governors will have known what they were doing when they appointed her.

Rice immediately puts her stamp on the theatre and rocks the ground. The result is that it no longer feels like being at Shakespeare’s Globe, either in sound or lighting.

Rice’s Dream is colourful, larky, lots of fun, full of energetic, mickey-taking eroticism. The huge orbs over the stage and the lighting and the staging give it a disco/cabaret feel.

Titania (Meow Meow) is a vulgar cabaret artiste, who can’t wait to get her knickers off and have sex with Bottom. Oberon is a drunk and slurs his speeches. Puck is a girl with a water pistol and she does a lot of shouting.

Helena has been turned into a gay young man, Helenus (Ankur Bahl) besotted with Demetrius, even though Demetrius has gone off him.

The mechanicals, with the exception of Bottom, are all women (played as Globe ushers and cleaners) and they are also cast as the fairies.

Bottom is played by Ewan Wardrop, who has been the comic high spot of all the productions I have seen him in.  Once again he is very funny per se. I only wish he had been given a proper ass’s head.

The Globe’s first two artistic directors, Mark Rylance and Patrick Dromgoole, managed to get the groundlings to listen to Shakespeare.

On the evidence of this Dream, Rice doesn’t trust the audience to do this. Anytime there is a long speech there are liable to be accompanying distractions, verbally and visually, either of music or business.

The production is aimed at those who do not really want to be listening to too much Shakespeare.

There are lots of songs and Rice adds a lot of modern dialogue. The audience laps it all up with audible delight; though they are deeply shocked when Lysander called Hermia “an ugly bitch”.