Home / SLIDER / Which is your favourite Chekhov play? 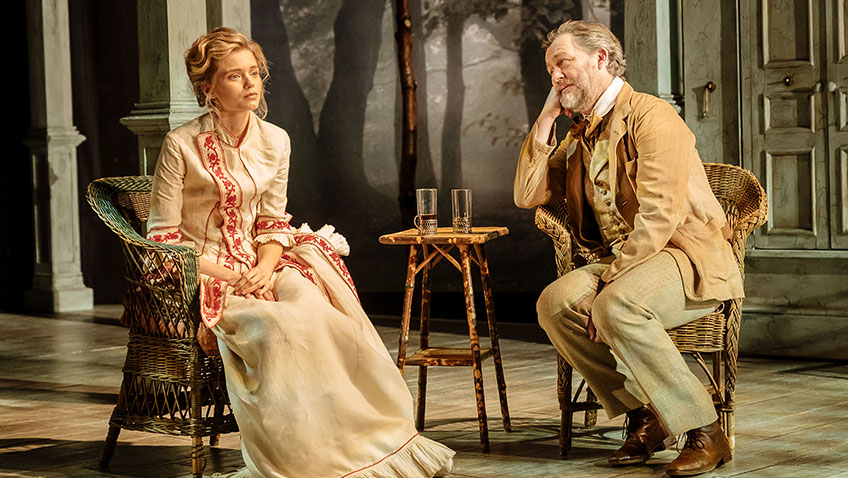 Which is your favourite Chekhov play?

Which is your favourite Chekhov play? Is it Three Sisters, The Cherry Orchard or Uncle Vanya?

Many would say Uncle Vanya, which premiered in Moscow in 1899, is Chekhov’s masterpiece. I would not demur, but only add that all three plays are, in fact, his masterpieces.

Chekhov’s characters, who live boring and frustrating lives in a stifling provincial backwater, wonder if they will be remembered in a 100 years’ time. The question has long been superfluous. They are remembered and will continue to be remembered so long as there is theatre. 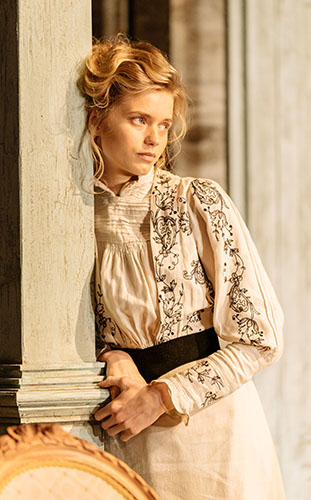 Chekhov is every classical actor’s favourite modern playwright and he has always attracted the best actors.

An elderly cantankerous Professor (Robin Soans) and his languid young wife, Yeliena, (Abbey Lee), on a rare visit to the country, infect everybody with their idleness. Vanya (Alan Cox), 47-years-old, worn-out and full of self-pity, is particularly bitter that he has wasted his life for a selfish hypochondriac.

Vanya adores Yeliena and makes a spectacular fool of himself. She prefers the local doctor, Astrov (Alec Newman), a passionate conservationist, who takes refuge in alcohol, having been coarsened and burnt-out by the squalor and stupidity he sees on his daily round.

Terry Johnson, who directs, has also translated the play and he has made it sound modern but not so modern that it doesn’t sound like Chekhov.

The cast is younger than usual. It could be argued that Lee is too young to be playing Yeliena and that Alice Bailey Johnson is far too attractive to be playing Sonia. Why on earth does Astrov turn her down? My guess is he will be back next summer.

The high spot, as always, is the third act when the Professor delivers his bombshell about selling the estate and Vanya attempts to shoot him, not once, but twice, and misses both times! The scene is a brilliant Chekhovian mixture of melodrama and farce and tragedy and comedy.

If you have never seen a Chekhov play, Terry Johnson’s self-described modest revival of Uncle Vanya in a pleasantly traditional setting by Tim Shortall, would be an effective start.