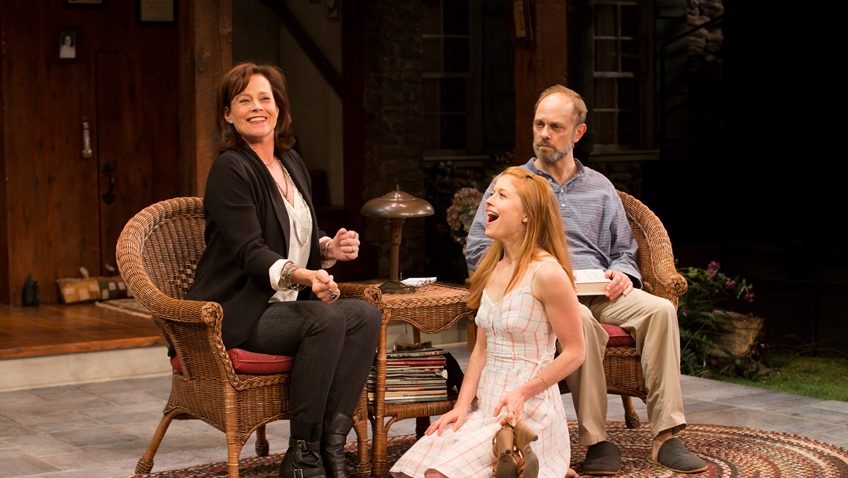 American playwright Christopher Durang won a Tony Best Play Award and a Drama Desk Award for Outstanding Play in 2013 for his comedy at the Lincoln Center Theater New York directed by Nicholas Martin, which surprised many people.

Vanya, Sonia and Masha are brother and sisters in their middle age. Their parents, who were university professors and into community theatricals, named them after characters in the plays of their favourite playwright.

It’s not a parody. Durang has taken scenes, actions, characters and quotes from The Seagull, The Three Sisters, The Cherry Orchard and Uncle Vanya and put them into a blender. Theatregoers, who know the plays of Chekhov, may be amused.

Sonia (Kristine Nielsen) is in mourning for her life. Vanya (David Hyde Pierce) is gay. Masha (Sigourney Weaver) is an actress and Spike (Billy Magnussen) is her toyboy who strips to his underwear at every opportunity.

Nina, an actress who has just graduated from drama school, arrives on the scene. The cleaning lady is called Cassandra, and like her Greek namesake, she is full of dire warnings.

The actors overact as if they are in a farce and then expect us to take their unhappiness seriously.

Masha goes to a fancy-dress party, dressed as Walt Disney’s Snow White, and is outraged when the young actress thinks she is pretending to be Norma Desmond in Sunset Boulevard. Weaver’s over-the-top performance is the sort of caricature of an actress you might find in a review sketch.

Nielsen has her best moment when she is on the phone talking to a man, she met for the first time yesterday and who has taken a fancy to her. Hyde Pierce has his big moment when he rants lengthily about present-day mores and longs for the 1950s. It’s the best writing in the play.

My own favourite moment was when Sonia complains that her memory is going and she can no longer remember the Italian for “window” and “ceiling” and she has to be reminded by Vanya that she had never learned Italian.