Home / LIFESTYLE / REVIEWS > / THEATRE REVIEWS / It is, says Jack Cardiff, so much better to live in the past than just remember it 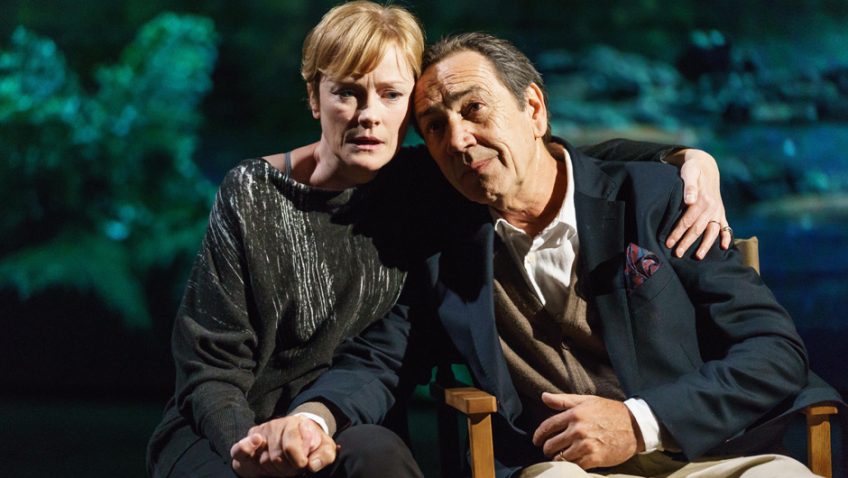 It is, says Jack Cardiff, so much better to live in the past than just remember it

“I am not a literary writer. I’m a dramatist,” says Terry Johnson. “I can’t write prose, all I can write is good dialogue and tremendous f*** off letters to Wandsworth Council.”

Prism is Terry Johnson’s first full length main stage play in over a decade and he is directing it. His subject is Jack Cardiff (1914-2009), the great British cinematographer in his old age and suffering from dementia. Robert Lindsay is cast as Jack Cardiff, a bravura role specifically written for him by Johnson. Lindsay, who knew Cardiff and his son, initiated the play and he gives a bravura performance in it.

Cardiff, a master of lighting, took his inspiration from Vermeer. He is famous for his dazzling colour camera work and for making women look beautiful. He photographed such beauties as Marilyn Monroe, Marlene Dietrich and Audrey Hepburn

Terry Johnson’s prism explores Cardiff’s confused mind. There have been so many plays and films about dementia recently. This is, perhaps, not so surprising since more and more people are living well past their sell-by-date.

“I am at the age,” says Johnson, “at which my generation starts to say farewells.”

Cardiff doesn’t recognize either his wife (Claire Skinner) or his son (Barnaby Kay). He confuses his wife with Katherine Hepburn. His wife wonders if he loved Katie more than her. In the second act his memory takes him back on location in Africa and the shooting of The African Queen and his wife and son become Hepburn and Humphrey Bogart.

Back home in his garage, which is full of memorabilia of his film career, Cardiff’s young carer (Rebecca Knight) morphs into Marilyn Monroe whom he had photographed in Laurence Olivier’s The Prince and the Showgirl in 1957.

“Life is more akin to shooting a film than watching it,” he said. “It is so much better to live in the past than just remember it.”