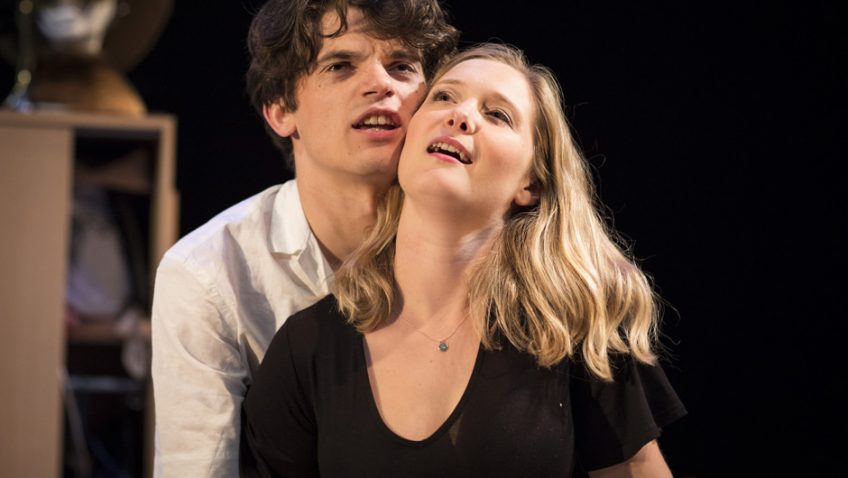 Shambolic Dee keeps in touch with everybody

Touch, written and directed by Vicky Jones, could be a dummy run for a bawdy, sexy sitcom series.

Dee (Amy Morgan) has come to London from Swansea to re-invent herself. She’s 33 and her life is in a mess, symbolized by the squalid and shambolic shoebox flat she lives in. Designer Ultz must have had fun collecting all the clutter. 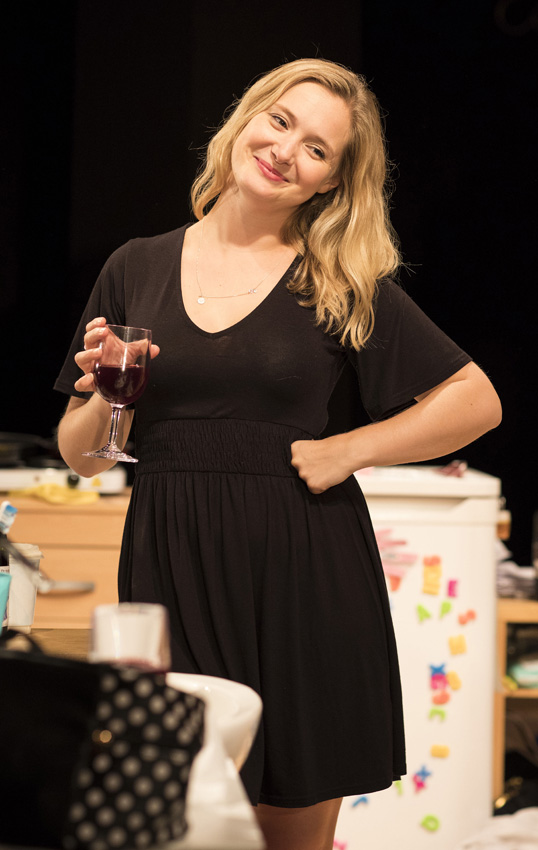 The lavatory is broken and permanently blocked. Dee and her lovers have to use the shower instead. Lovely.

The play is a series of rotating sexual escapades, which get off to an enjoyably farcical start when the cute, flirtatious Dee attempts an excruciatingly bad striptease routine.

The men in her life include bossy Eddie (James Marlowe), a voyeur at heart, who pompously advises her to clean up her act and earn some respect and maybe she will then get the equality she self-righteously claims she deserves.

Meanwhile, kinky Miles (James Clyde) constantly patronises her and lectures her on immigration. He is more than willing to give her a good spanking with a hairbrush, should she wish. Dee likes bossy men but is the first to admit it doesn’t fit in well with her feminism.

Edward Bluemel (who was so good as the priggish son in the recent revival of Terence Rattigan’s Love in Idleness) gets the most laughs as arrogant Paddy, a posh, teenage intern, massively cocksure, who thinks he’s got the looks and the chat and that Dee should be grateful that he wants to have sex with her. Paddy whines like a little boy when she rejects him but is happy enough to get into her dresses for a bit of drag

Dee’s lovers also include lessy Vera (Naana Agyel-Ampadu) whom she picked up at the gym and decent Sam (Matthew Aubrey), her ex, who wants her to return to Wales.

The actors don’t always follow the physical stage directions completely, which is understandable. The humour is already crude enough