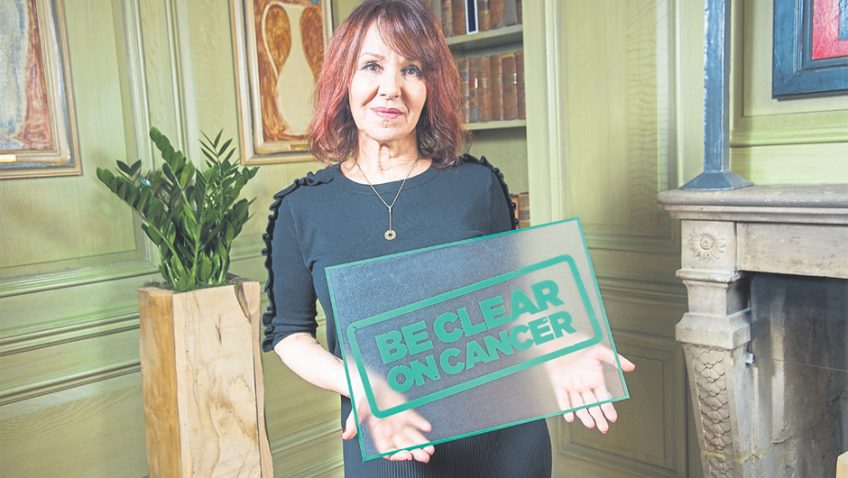 Be Clear on Cancer

Celebrities are sharing personal stories to raise awareness of lung disease, heart disease and lung cancer to help reduce the number of deaths

Lung disease, heart disease and lung cancer are some of the leading causes of death in England, killing more 150,000 people each year. In a bid to help reduce this number, famous faces from the world of dance, television and theatre are supporting Public Health England’s ‘Be Clear on Cancer’ campaign, which aims to raise awareness of two of the key symptoms of these diseases across the country.

Moved by their own experiences, the celebrities have shared their stories to urge people to go to their doctor if they have suffered from a cough for three weeks or more, or if they feel out of breath doing things they used to be able to do. These symptoms could be a sign of lung disease, including lung cancer. In the case of breathlessness, this can also be a sign of heart disease.

Early diagnosis of these can save lives and improve the quality of life of those living with conditions, such as COPD (chronic obstructive pulmonary disease, a common form of lung disease that includes emphysema and chronic bronchitis).

Arlene Phillips’ best friend and former dance teacher, Molly Molloy, died of lung cancer in 2016. She comments: “My best friend, Molly Molloy, passed away last year from lung cancer. She had this cough that didn’t seem to go away, but every time I asked her about it she said it was a virus and it would go – we had no idea that the cough was a symptom of something more serious until it was too late. This campaign is so important and I hope everyone takes note – if you have a cough that has lasted for three weeks or more, go and see your doctor, don’t ignore it. Or if you notice a friend or loved one who has had a cough for longer than three weeks, push them to see the GP. It could save their life.”

Media medic, Dr. Dawn Harper is also supporting the campaign and further encourages anybody who is experiencing these symptoms to go and see their doctor:

“People may put off visiting their GP for a number of reasons. Some may not think getting out of breath doing everyday things could be a sign of something serious, they may put a persistent cough down to an infection, they may be fearful of what they will find out, or even worry about wasting their GP’s time. In many cases, it won’t be anything serious, but it’s so important that people don’t ignore their symptoms or put off a trip to the doctor. You won’t be wasting our time – we want to see you and we want to help.”

The ‘Be Clear on Cancer’ campaign runs until 31 August 2017. For further information about the signs and symptoms of lung cancer, lung disease and heart disease, visit www.nhs.uk/be-clear-on-cancer.