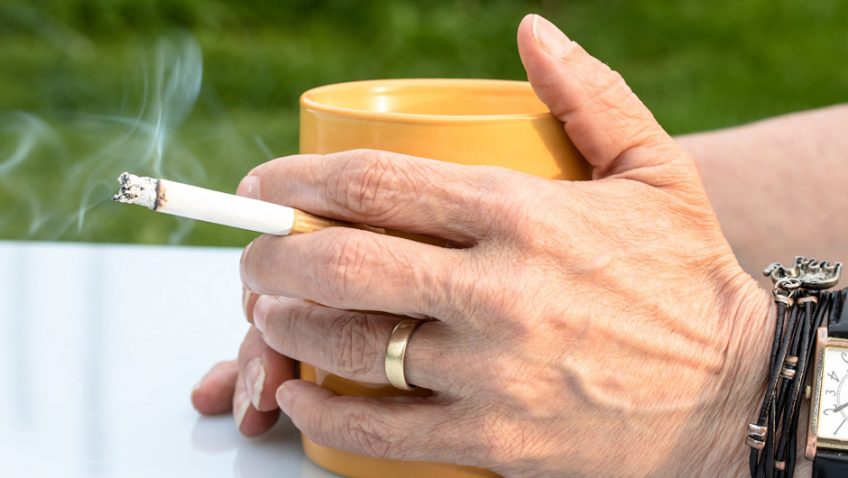 A salutary tale for smokers

All smokers, you need to read this, as I wish someone had told me when I was a smoker about the problems that develop later in life.

While I did smoke, it was more of an icon. Being born in the 30s most of the celebrities and film stars would smoke, and unfortunately thought it was the in thing, as in my day no one was aware of the dangers involved.

When I watch young people smoking, it turns my stomach over, to see them with a glass of beer in one hand and a cigarette in the other, taking a puff and inhaling steep as possible, which I too was guilty of.

Now let me tell you about the downside, it all starts when you suddenly get out of breath which at the time seems for no apparent reason, you convince yourself it a go away while inhaling even more smoke, not realising the damage you are doing to your lungs, and heart.

Eventually forced to go to see your GP who offers you a spiral breath test, and normally find that after you have been smoking for 20 years, and only 20 cigarettes a day you have fallen into the category becoming another National Statistic suffering from COPD.

Chronic Obstructive Pulmonary Disease sounds extremely frightening, and so it should be, quickly you ask the question, How long have i got? Once undergoing a Spirometer Test, a really simple test whereupon you blow into a capsule attached to a machine and measures your oxygen levels.

In  simple language the years you sent spent smoking have filled up the sacs,causing your lungs to lack oxygen, as they are unable to stretch when you breathe, causing shortness of breath in addition the lining of the air tubes become thick and inflamed, secreting more mucus than they should which further clogs your lung.

Finally the illness slowly progresses and worsens, until you reach the end of life, there is no cure, only prevention from dying in agony, so you have been warned, do not ignore the warning, as you reach later life, the body automatically slows down, but is now encumbered with COPD, which owing to the lack of oxygen in the lungs particularly under any form of mild exercise, even bending down and doing up your shoelaces, adds pressure to your heart, as the oxygen supply is insufficient making your heart work harder, now find you have angina, from which many people have a severe heart attack and die.

The simple answer, and only answer if you want to enjoy your life in old age bearing in mind we are all living longer, and without your health, you are nothing. Simply give up smoking, and enjoy your health and happiness before it’s too late, if only someone had told me, it would have been like winning the lottery, as there is no price on health.

From a sufferer of COPD.