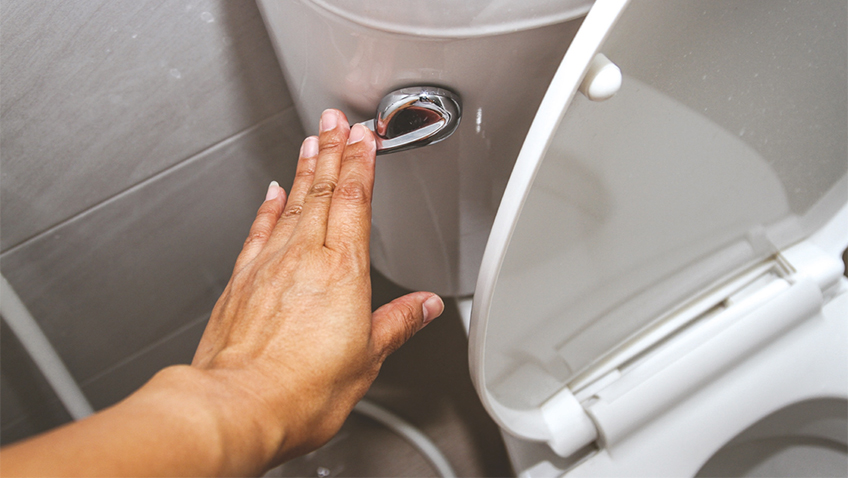 Look before you flush

It’s something so quick and so simple, yet according to a new survey, only 16% of over 50s are doing it. Doing what? Checking for blood in their pee.

Blood in pee is a key symptom of bladder and kidney cancer and people aged over 50 are most at risk. Public Health England (PHE) has launched a national ‘Be Clear on Cancer’ campaign, which highlights the importance of checking for blood in your pee and encourages people to ‘look before you flush’.

It also revealed that women are less likely than men to check their pee, with only 12% checking, compared to 20% of men.

PHE stress that if you notice blood in your pee, even if it is just once, your GP will want to see you as soon as possible. Worryingly, around half of those surveyed said they would not seek medical advice if they saw blood in their pee just once, with 45% saying they would wait and see if it happened again, potentially putting off a vital diagnosis.

When asked why they would not go to the GP straight away, one in five said they would be worried about wasting the GP’s time; nearly a quarter said they would only book an appointment sooner if they had other symptoms.

Posters in public toilets in locations across England will remind people to check their pee and a new short film featuring TV doctor, Dr Dawn Harper, is being released as part of the PHE campaign. The film shows what to look out for as the colour of blood in your pee can vary – from very diluted, to bright red or even dark brown, like the colour of weak black tea. Blood in pee is a symptom in almost two thirds of all bladder cancers and around a fifth of kidney cancers.

It could mean cancer

Professor Julia Verne, from Public Health England said: “It is vital that people know that blood in pee could be a sign of cancer.

“Our research shows only a small number of people check the colour of their pee every time they go to the toilet. People need to get into the habit of looking before they flush to spot any signs of blood in their pee. And if there is blood, they shouldn’t hesitate about going to their GP. This will help diagnose more people at the early stages, when cancer is more treatable – improving their chances of living longer.”

Out of the blue

“When I was diagnosed with kidney cancer, it really came out of the blue. I was incredibly lucky in that it was caught early, because it could easily have been a very different story. I am living proof that you can survive cancer and go back to fulfil a normal life, but to do this it’s so important that we do what we can to get cancer caught in the early stages. So symptoms like blood in pee, look out for it, don’t ignore it and please seek medical help if you spot it.”

For further information about the signs and symptoms of bladder and kidney cancer watch the film featuring Dr Dawn Harper below: