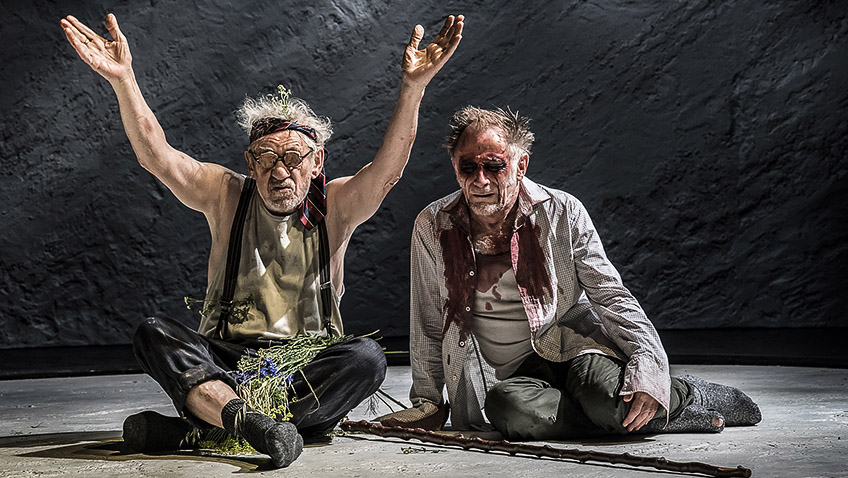 Ian McKellen at 79 must be one of the oldest actors to play the 80-year-old King and his performance is a major theatrical event.

Charles Lamb famously said that no stage production could do King Lear justice. He has been endlessly proved wrong and the play resonates today as surely as it did at its premiere in 1606.

McKellen made his name in 1963 when he alternated Shakespeare’s Richard II and Marlowe’s Edward II. Since then he has played Hamlet, Macbeth, Coriolanus, Iago and Richard III brilliantly. 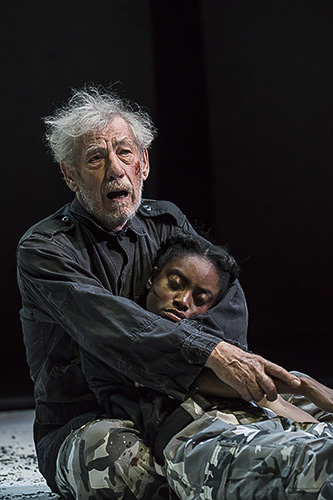 He first appeared as Lear in 2007 for the RSC. He had already appeared in the play before that, cast as Edgar to Robert Eddison’s Lear and Kent to Brian Cox’s Lear.

King Lear is an epic tragedy for large theatres. McKellen this time round wanted to act in more intimate surroundings. Jonathan Munby’s modern production, which opened last year at Chichester’s Minerva Theatre, gets off to an excellent start with the division of the kingdom.

McKellen plays the king as a poor, infirm, weak and despised old man, wretched in grief and age, totally impotent and already suffering from dementia, as can be seen when he childishly cuts up a map of Britain into bits and pieces and hands them out to his daughters.

The vulgar behaviour of his rowdy knights and the vile language he uses when he curses his daughters shocks and disgusts.

Lear publicly declares that Cordelia was his favourite and that he had intended the kingdom to be divided in her favour. No wonder Goneril and Regan dislike her.

The casting of Anita-Joy Uwajeh as Cordelia suggest that she, like Gloucester’s son, Edmund, is a bastard child, too.

Cordelia is as stubborn and as arrogant as her dad. She is responsible for the tragedy which enfolds. Of course, had she behaved dutifully there would have been no play.

One of the most horrific scenes in all drama, not just Shakespeare, is the gouging of Gloucester’s eyes. The horror is intensified by the screams of delight by Regan (Kirsty Bushell), who is so sexually aroused by the torture that she starts dancing.

There are other original touches. Kent is now a woman and played by Sinead Cusack. Lear in the storm takes refuge in an abattoir. The Fool in Shakespeare’s text simply disappears. Here he is murdered by Edmund.

The fight between Edmund and Edgar is one of the best stage fights and the outcome (if you don’t know the play) is far from certain.

King Lear can also be seen in cinemas when the production is broadcast live on 27 September. 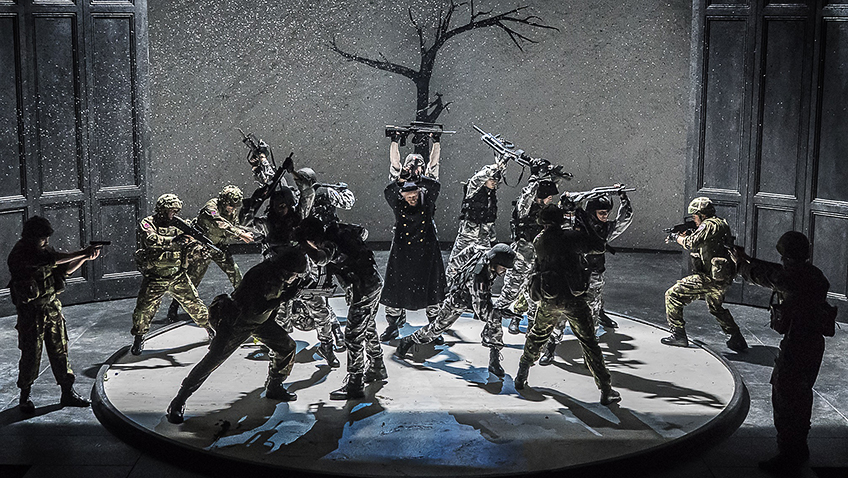