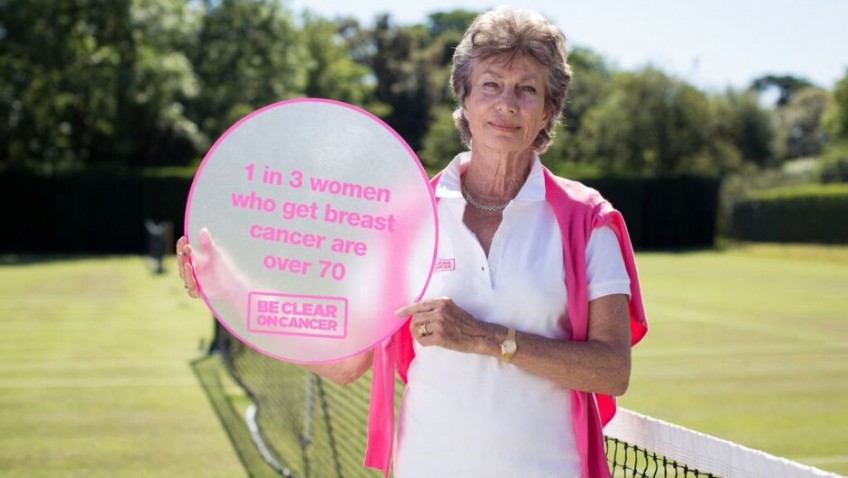 Public Health England today launches a nationwide ‘Be Clear on Cancer’ campaign aimed at women aged 70 and over to drive awareness of the risk of breast cancer amongst this age group and to increase their knowledge of lesser-known breast cancer symptoms.

Around 13,400 women aged 70 and over are diagnosed with breast cancer each year, accounting for a third of all breast cancer cases.

Approximately 30% of all women diagnosed with breast cancer report a symptom other than a lump. However, research shows that when asked to name symptoms of breast cancer, only half of women over 70 (48%) could name a symptom aside from a lump.

Despite older women being at an increased risk of breast cancer, they are also more likely to delay going to their GP with breast cancer symptoms.

This year’s campaign activity will reinforce the message ‘don’t assume you’re past it’, urging older women to visit their doctor straight away if they notice any unusual or persistent changes to their breasts such as a lump or a change to a nipple or to the skin or the shape of a breast.

The campaign first launched nationally in early 2014 and research shows that it successfully raised awareness that the risk of breast cancer increases with age.

Promising results show a 25% increase in the number of breast cancers diagnosed in women aged 70 and over following an urgent GP referral for suspected breast cancer during the campaign period compared with the same period two years earlier.

Breast cancer is the most common cancer in women in England, with around 41,200 women diagnosed every year.

Early diagnosis of breast cancer is crucial and means treatment is more likely to be successful. If breast cancer is diagnosed at the earliest stage in women aged 70 and over, 93% will live for at least another five years.

This figure drops to just 13% for those diagnosed at the most advanced stage.

“You are never too old to get breast cancer. It is not always a lump and women should look out for any changes in the shape of the breast, a change to a nipple or to the skin.

“Spotting the signs of cancer early is very important so if women are concerned about any breast cancer symptoms they should contact their GP straight away.”

“I’ve just turned 70, which makes this campaign really relevant to me and women like me. The statistics speak for themselves, one in three women who get breast cancer are over 70.

Breast cancer is the most common cancer in women in England. Sadly everyone knows someone who has been touched by breast cancer, which is why I’m supporting this campaign. I want to say to all women over 70: don’t assume you’re past it. If you notice any changes to your breasts, tell your doctor. We’re not just talking about a lump – symptoms of breast cancer could also be changes to your breast shape, size, skin or nipple.

Family and friends – please do encourage loved ones to seek medical help if they say they have symptoms or have noticed any changes.  Some women feel they are too old for certain things, but unfortunately breast cancer isn’t one of them.”

“Breast cancer affects women of all ages, but it’s the number of those over 70 being diagnosed and the fact that some women delay visiting their GP which is worrying. It is extremely important to seek medical advice if you have any concerns about unusual changes to your breasts and encourage others to do so too.

“Anyone that visits us will not be wasting our time, as GPs it’s what we’re there for.  If you do have breast cancer, the earlier it is found treatment is more likely to be successful and can lead to a better outcome.”

“This campaign aims to target women aged 70 and over, as we know that many women of this age group are unaware of the risk breast cancer poses to them. They also tend to have lower knowledge of the symptoms of breast cancer, and are not necessarily looking at or feeling their breasts so are less likely to detect change.

The nationwide Be Clear on Cancer ‘breast cancer in women over 70’ campaign will launch on Monday 13 July and run for eight weeks.

For more information on the signs and symptoms of breast cancer please visit nhs.uk/breastcancer70.

You can find out about Rebecca’s story here: