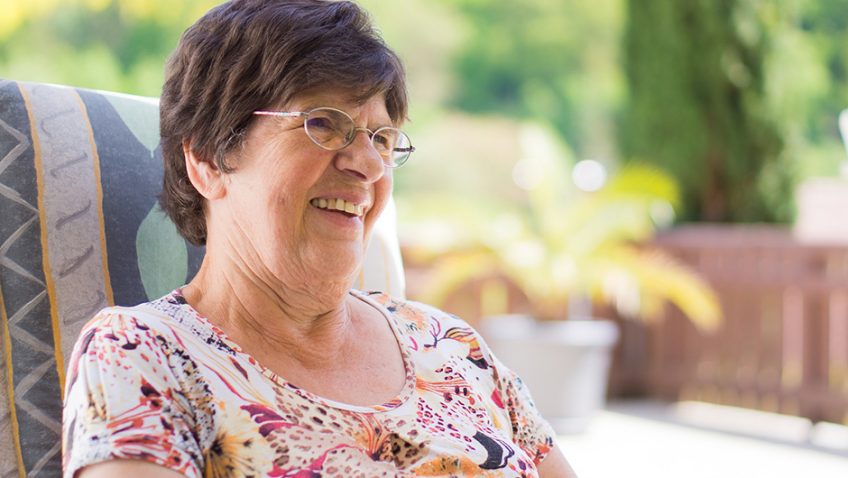 Latest figures show that women over 70 are more than five times as likely to be diagnosed with breast cancer than women under 50.

A new film, released as part of a ‘Be Clear on Cancer’ campaign, reinforces the important message, ‘don’t assume you’re past it’ and encourages older women to visit their doctor straight away if they notice any unusual or persistent changes to their breasts, as shown in the film.

The film features breast cancer survivors aged over 70 and TV Doctors baring all in order to raise awareness of the symptoms of the disease. Well known GPs involved include; Dr Dawn Harper, Dr Rosemary Leonard, Dr Zoe Williams, Dr Ellie Cannon and Dr Sara Kayat, who have teamed up with breast cancer survivors over 70 years old to highlight that older women are more at risk of the disease, as one in three women diagnosed with the disease is aged 70 or over. The short film also encourages women to be breast aware and to know the different symptoms to look out for as a lump isn’t the only sign of breast cancer.

The women appear topless behind boards showing animated visuals of the different symptoms to look out for. There are many different symptoms of breast cancer, and whilst most women are diagnosed after finding a lump, one in six women seek medical help after experiencing other symptoms, such as nipple changes or changes to the size, shape, feel or skin of the breast. Research has found that older women are less likely to be aware of the non-lump symptoms of breast cancer and will tend to delay seeking help if they have breast cancer symptoms.

In order to save lives, it is vital for women to remain breast aware, which means getting to know what their breasts look and feel like normally, so any changes are easier to spot – which is why all women over 70, and friends and family of women over 70, are urged to watch the film and share with others.

The film can be viewed below:

Maureen Linaker, 80, a breast cancer survivor who features in the film, comments:
“I was 77 when I was diagnosed with breast cancer after I found a lump on my right breast. I had surgery to remove the tumour and a breast reconstruction, followed by radiotherapy. The cancer has now gone and I am fit and well. Women my age tend not to look at their breasts, but I would urge them to be breast aware and know how their breasts look and feel and to make sure they go and see their doctor if they notice any unusual symptoms. I did, and it saved my life and I am forever grateful for the excellent care and treatment I received.”

Possible signs of breast cancer include:

If you have any of these symptoms, your doctor will want to see you.

For further information about the signs and symptoms of breast cancer, search ‘Be Clear on Cancer’ or visit nhs.uk/breastcancer70