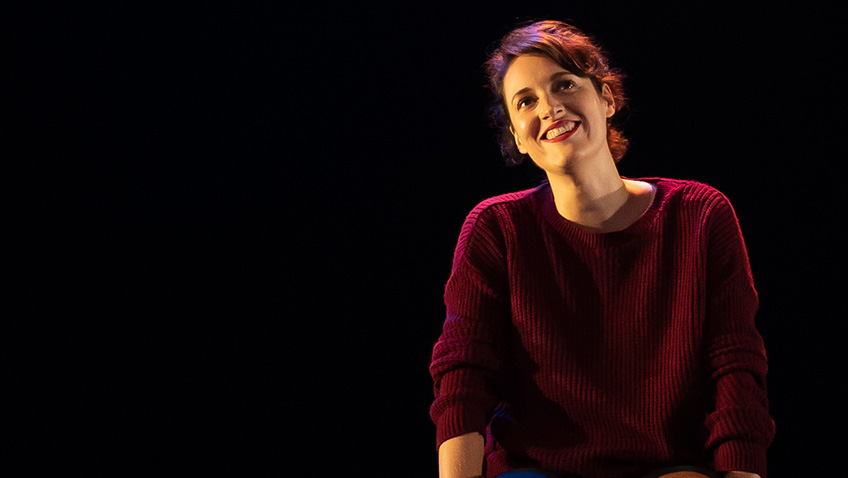 Phoebe Waller-Bridge’s brilliant performance on television won many admirers on both sides of the Atlantic.

The success of the TV series was due in no small part to the way she constantly broke the fourth wall and communicated directly to the camera with her bemused eye-brow-raised side- glances. The viewer was manipulated and made complicit. 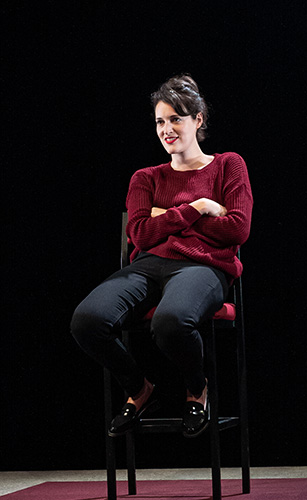 Fleabag had begun as a 10 minute sketch which then had gone on to become a one-woman show. It was seen at Soho Theatre in London and at the Edinburgh Festival and its success there led to the television commission and two series.

Waller-Bridge and her director, Vicky Jones had taken what could so easily have been just a stand-up routine and transformed it into a 65-minute character-based monologue.

The monolgue now, inevitably, feels like a trailer for the television series; except there is no sexy priest and Waller-Bridge is no longer the voracious, vicious, thoroughly unpleasant feminist we all loved.

Fleabag is outrageous. She is charming. She is lewd. She is also insecure and very lonely. Her self-deprecation is a joke and not a joke.

The dialogue is witty, cynical and full of self-loathing. Waller-Bridge is particularly good when it comes to humiliation and embarrassment.

The script is notable for its female perspective and sexual candour. She speaks extremely freely. She’s an excellent story-teller. The biggest laugh of the evening is her account of a boyfriend vomiting.

Waller-Bridge sits on a high stool centre stage and only occasionally stands up. She is an attractive and expressive performer. Her mimicry and timing are excellent.

The theatre is packed. The whole season is sold out; but the good news is you can see Fleabag at a cinema near you on September 12.