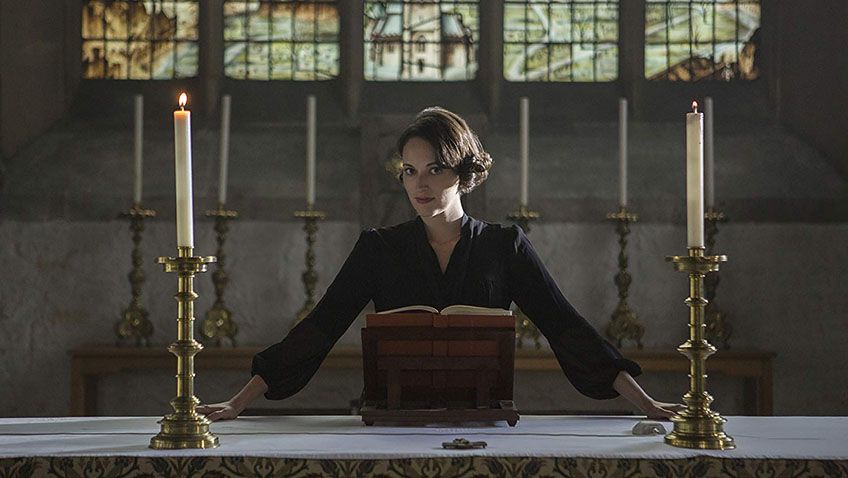 Phoebe Walter-Bridge’s Fleabag is not to be missed

Fleabag (BBC) is not to be missed. The one-woman stage show, on which the TV series is based, is already sold out, before it even opens in August. So, if you haven’t already seen Phoebe Waller-Bridge’s brilliant performance as a voracious, vicious, thoroughly unpleasant (run-a-mile!) feminist, you will have to go to BBC iPlayer to see her. What is so memorable about the creation is the way she constantly breaks the fourth wall with her bemused and eye-brow raised side-glances to camera. The script (which she wrote) is clever, witty and serious. The cast is excellent. Andrew Scott is the priest she fancies. Sian Clifford is her bitter sister. Olivia Colman is her awful mother-in-law.

Beautiful Stranger (Network), also known as Twist of Fate, is a poor British thriller released in 1954. A naïve young woman (played by 43-year-old Ginger Rogers) is being kept in style on the French Riviera by an international crook (Stanley Baker) who promises to marry her when his divorce comes through. She falls in love with a French potter (27-year-old Jacques Bergerac who is in the film presumably only because he had just married Rogers in real life.) They have a sexy pottery scene which doesn’t go as far as Patrick Swayze and Demi Moore so famously did in Ghost. Herbert Lom acts everybody off screen. John Le Mesurier walks on for two seconds and is never seen again.

Undercover (StudioCanal). Wartime (1943) propaganda from Ealing Studios: a tribute to the Yugoslav Resistance to the German occupation. A train is ambushed. As a reprisal the Nazis take young children out of the classroom and shot them. The film was shot in Wales. John Clements and Stephen Murray are the heroes. Godfrey Tearle is a German general. 14-year-old Stanley Baker makes his debut. Ealing Studios made some very good war films. This is not one of them. It’s all very stilted and everything about it is terribly unconvincing.