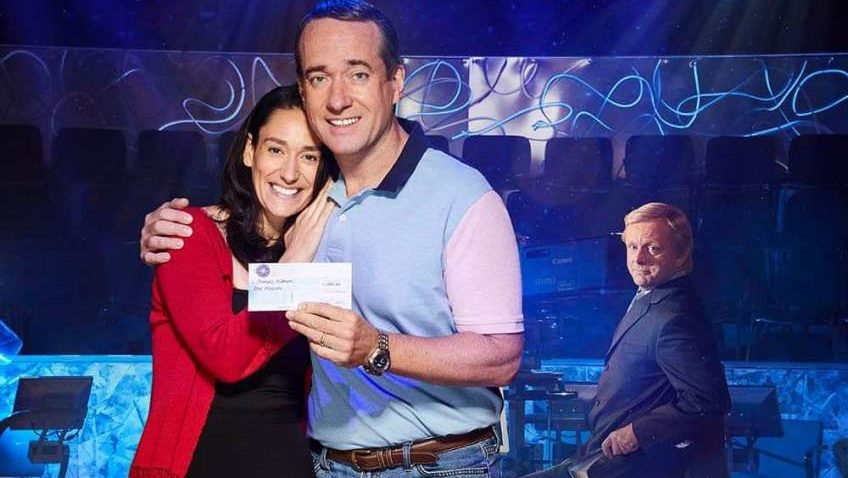 QUIZ (SONY) hits the jackpot with this 3-part mini-series. Charles and Diana Ingram, a thoroughly respectable, middle-class, middle England couple, were accused of cheating on the Who Wants to Be a Millionaire TV show. ‘I just tried to be entertaining,’ said “the coughing major”, denying any guilt and continuing to deny guilt to this day. Is it a crime to cheat on a game-show? Well, it is a million quid. The performances of Matthew MacFayden and Sian Clifford feel just right. Helen McCrory and Michael Sheen are good casting for the QC who defends them and the quiz master. Stephen Frears directs this very enjoyable film.

THE GUINEA PIG (BFI). Warren Chetham Strode wrote a play in 1946 when the public schools were under attack and people were wondering if they should be abolished or whether they should be forced to take in 25% working class kids. An experiment is made with one scruffy lad who sticks it out (the bullying, the caning, the snobbery) and goes on to get a scholarship to Cambridge. The film (which uses Sherborne School where Strode was educated) was made in 1948 and many of the actors who had appeared in the play were retained: Cecil Trouncer (the old and out-of-touch housemaster), Robert Flemying (the young in-touch teacher), Edith Sharpe (the housemaster’s wife) and Joan Hickson (working class mum) – all quite perfect. Richard Attenborough at 25 might have been thought too old to be cast as the 14-year-old guinea pig but his performance is quite remarkably school boyish.

THE TRAITOR (Modern Films). Christ the Redeemer, the towering art deco statue, looks down on the drug trafficking that is going on in Rio de Janiero. Mafia boss Thomas Suscetta, arrested and deported to Italy, was the first Mafia informant in Sicily in the 1980s. Initially, he had refused an offer of a free pardon to name names but later he agreed because the cosa nostra was, in his opinion, no longer the honourable institution it had been when he joined it. The high spot is a recreation of the trial: absolute mayhem, a screaming madhouse, a zoo, sheer farce; the law is made to look an ass. Piersfranceso Favino, is totally believable as Suscetta. Marco Fellacchio directs. Some of the best scenes are the private conversations with the judge (Fausto Russo Alesi, excellent), a man of honour. The thing which shocks most is the cheering crowds when they hear the judge has been murdered.

THE GOOD DIE YOUNG (BFI). Four men, without a criminal record, decide to rob a bank. Their separate backstories are an indictment of a society who didn’t look after its men when they came back home after fighting in World War 2. Laurence Harvey and Margaret Leighton were having an affair off-screen and he was treating her as badly as he did in the film. The other couples were Stanley Baker and Rene Ray, Richard Basehart and Joan Collins, John Ireland and Gloria Grahame. Lewis Gilbert directs and he is at his best in the aftermath of the botched robbery. Freda Jackson wins the prize for Awful Mother of the Year. Grahame gives a high comedy performance which would do very nicely for a French farce.

IT COULDN’T HAPPEN HERE (BFI). 1987 Pet Shop Boys musical directed by Jack Bond. A deadpan Neil Tennant in tuxedo and a silent Chris Lowe in leather go for a drive. The film, shot in Clacton-on-Sea, is a series of surreal images. A blind priest. Two schoolboys. A ventriloquist and his dummy. A burning car riddled with bullets. Fishermen, bikers, crappy dancers and slutty girls dressed up as nuns. Biggles flies in. Joss Ackland hams it up. Barbara Windsor puts in a cameo appearance. What have I done to deserve this? What indeed. Give me one more chance, they cry.. You must be kidding. One viewing will already be too for much for most people.