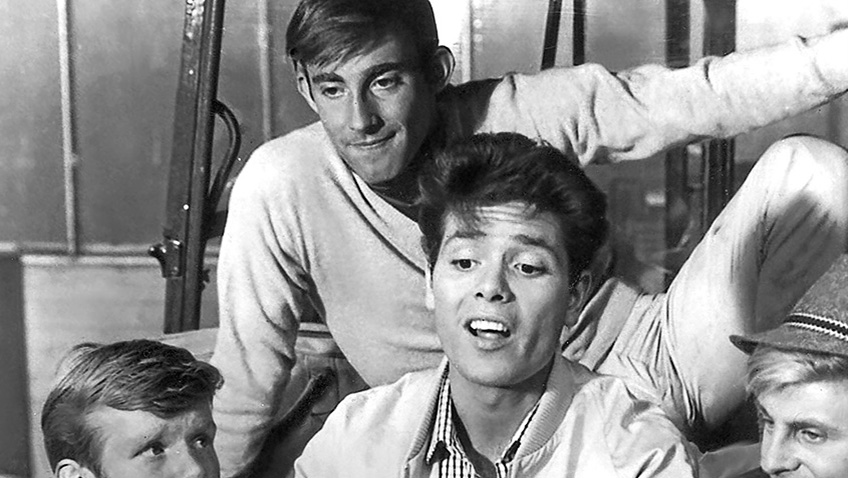 British pop star and American Queen of Soul sing for you

Summer Holiday (StudioCanal), starred pop’s biggest star, clean-cut, 22-year-old Cliff “Bachelor Boy” Richard, and it was the biggest UK box office attraction in 1962, an innocent pre-permissive time. As everybody knows sex didn’t began until 1963. The film was strictly for hysterical teenage girls. Four bus mechanics convert a London a double-Decker bus into a caravan and drive through Europe to Athens, picking up a female pop trio and a stowaway. Cliff wanders round the Acropolis in his fishnet shirt singing The Next Time. Herbert Ross’s choreography was for singers who couldn’t dance.

Amazing Grace (StudioCanal) in 1972 gospel singer Aretha Franklin (1942-2018), Queen of Soul, went to New Temple Baptist Mission Church in Los Angeles and over two nights recorded her biggest selling album, the top-grossing gospel collection of all time. The backing was supplied by the church choir. The pianist was the pastor, James Cleveland. Franklin, extremely modest, did not engage with the enthusiastic audience. For her it was not a concert but a spiritual occasion.

Out of Blue (Picturehouse). The film opens with a statement. We do not simply live in the universe. The universe lives in us. A female astrophysicist dies. It is murder? Is it suicide? A detective (a very grim Patricia Clarkson) has a traumatic time investigating, so traumatic that it is difficult to know what is going on. What’s real? Much of it is in her head. Could she be the murderer? Director Carol Morley gets into a very dark and convoluted hole and irritatingly never gets out of it, leaving viewers floundering.