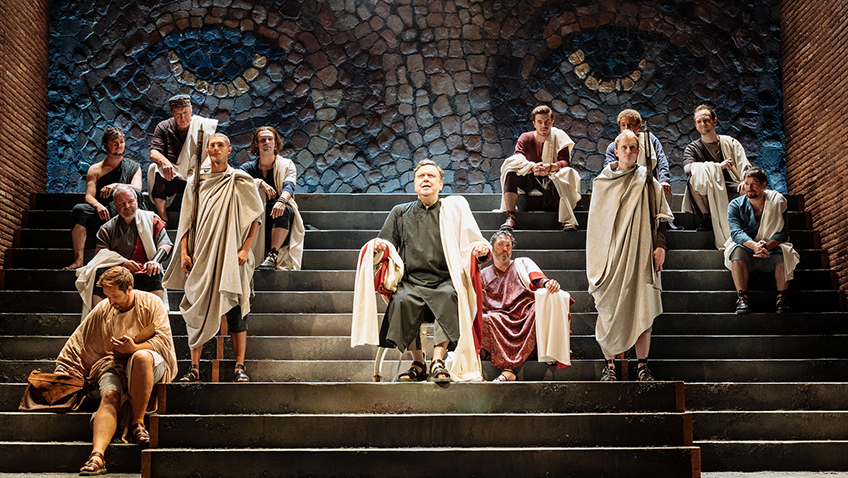 Imperium is a political drama concentrating on politics in ancient Rome. Politics is a dirty business and stupid people elect stupid people and democracy descends into tyranny. 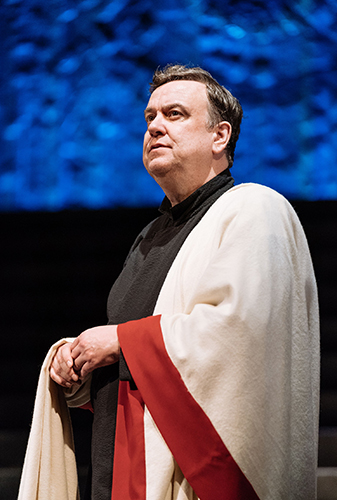 Gregory Doran’s production for the RSC has pace and energy. Designer Andrew Ward provides an epic flight of steps, a mosaic back wall and a spinning globe.

There is an excellent ensemble of actors, headed by Richard McCabe as Cicero and Joseph Kloska as Tiro, Cicero’s secretary.

Marcus Tullius Cicero (106BCE – 43BCE), lawyer, philosopher and statesman, was the greatest orator in Ancient Rome. Such was his celebrity people would come to watch him perform in the senate in much the same way that audiences will come to the Gielgud Theatre to watch the RSC perform.

Cicero became Counsel, the highest elected office, in 56BCE and saw his role as the protector of the Republic and the defender of the rule of law.

The modern parallels are obvious enough without Pompey being turned into Donald Trump, a cheap joke which should have remained in the rehearsal room. It is a pity, too, that Dixon is encouraged to play Mark Antony’s drunken boorishness for laughs.

Richard McCabe has Cicero’s ambition, sagacity, skill and pomposity. He dominates a bustling stage with ease. Tiro, Cicero’s slave, amanuensis and also narrator, is played by Joseph Kloska with a light touch and good humoured charm.

I saw both parts of Imperium on the same day, at 1.30pm and 7.00pm. The production grows on one. It would be an unsatisfying experience to see one without the other. A total of 6 hours and 30 minutes is made easy for audiences. There are two intervals of 15 minutes in both parts and a 90 minute interval between the two parts.

I shall be very surprised if Robert Harris’s trilogy is not adapted for television. 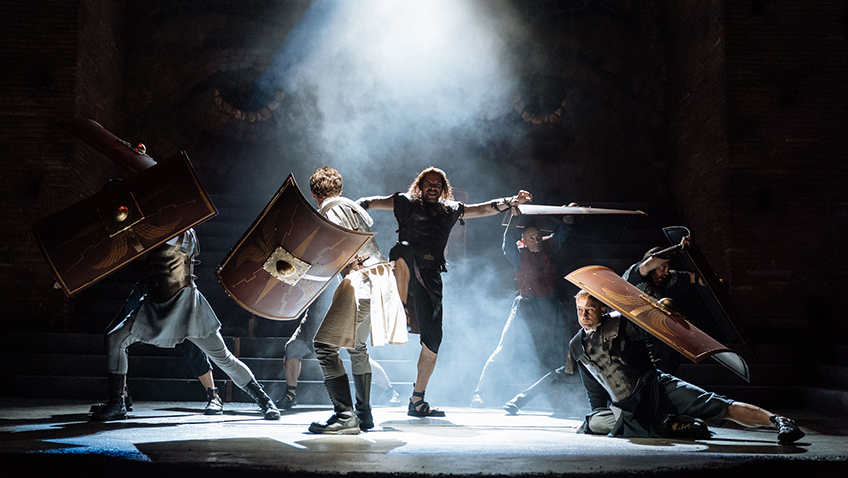