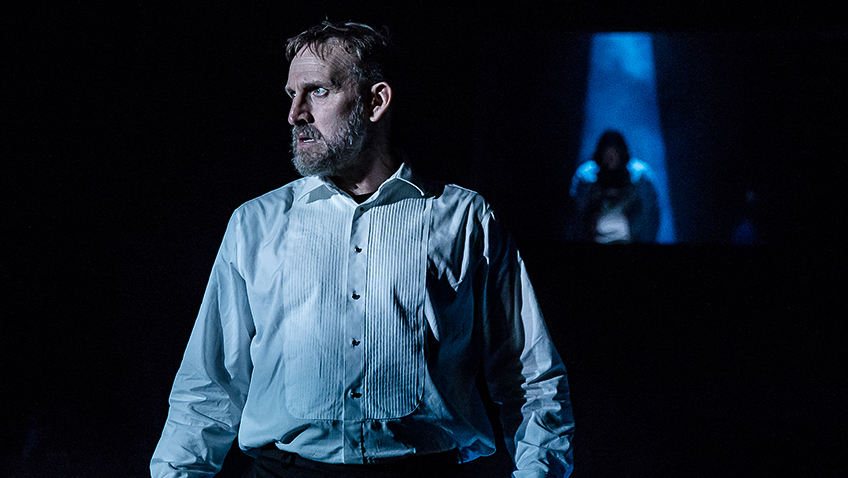 Somebody backstage must have said the dread word Macbeth out loud

The production opens with King Duncan in bed and being woken up with the news that the battle fought on his behalf has been won. David Acton’s King Duncan is a jolly chap and he gets things off to a good start. But then the witches come on and the production goes downhill from there on.

The witches are played by three little girls, who also act as stagehands and shove the bed off-stage. They are very girly when they are running off stage. For those of us who were brought up on Henry Fuseli’s painting of the weird sisters, it is difficult to take the girls seriously. Vocally they are not up to it and never scary. 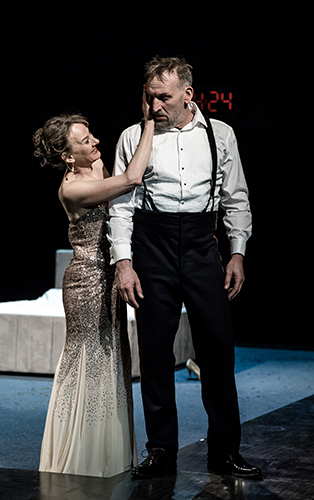 But where is the play taking place? It seems to be taking place in a rehearsal room and the actors look as if they are rehearsing. I attended a matinee and there was a conspicuous lack of energy and talent.

The actors did not seem to be enjoying the performance. But then Polly Findlay’s production is one of the worst Macbeths I have seen. I never believed for one moment that I was watching Shakespeare’s play and that Christopher Eccleston and Niamh Cusack were Macbeth and Lady Macbeth.

Eccleston at least looks like a soldier; which is more than can be said for Edward Bennett’s Macduff who is such a bad sword fighter that Macbeth has to kill himself.

There is an office water distiller at the back of the stage which comes in useful when Lady Macbeth (a very neurotic Cusack) wants to wash her hands. The sleepwalking scene is appallingly staged.

And whose idea was it for Banquo’s Ghost to greet Macbeth during the banquet scene with a little hello-there effeminate wave. It gets a laugh, of course, but who wants a cheap laugh at this moment?

The Porter (Michael Hodgson) is on stage all the time behaving very oddly and speaking lines which belong to other characters. He also hoovers the carpet. What is that all about?

There is a highly visible digital clock going backwards throughout, reaching zero, as you would guess, at the very second Macbeth is killed. The clock is totally unnecessary but it does mean you can instantly check how much longer you will have to sit in your seat before you can go home.