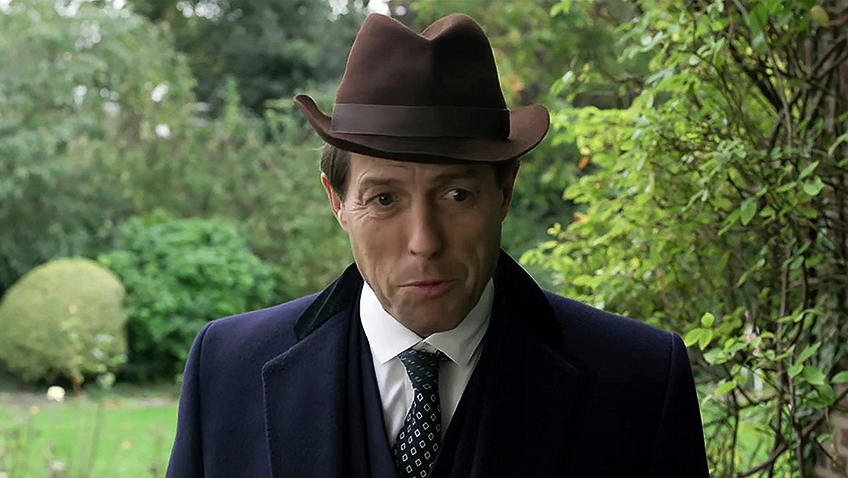 A Very English Scandal (BBC) is based on a very famous trial and strongly recommended. Jeremy Thorpe, former head of the Liberal Party, was arrested for conspiracy to murder his lover, Norman Scott, in 1979. The murder was bungled by an amateur, hopelessly inefficient hit-man and Scott survived. Thorpe was found not guilty, a flagrant example of the Establishment protecting its own. Judge Joseph Cantley’s outrageously biased summing up, so scathing at the expense of the witnesses, has been brilliantly parodied by Peter Cook.

The production is a major turning point in Hugh Grant’s career. With sallow complexion, hollow cheeks and sunken eyes, he reveals unexpected depths. Grant is visibly enjoying playing the suave, sophisticated, flamboyant, and narcissistic Thorpe. Russell T. Davies’s script is very much on Scott’s side and doubly so with Ben Whishaw cast as Scott. Whishaw is excellent during the trial, his moment of triumph. There is first-rate support from Alex Jennings as Thorpe’s pathetically weak best friend and Adrian Scarborough as the wily QC, who refused to let Thorpe take the stand in court. Stephen Frears directs.

Black Peter (Second Run). Milos Forman died in April and his very first feature film is released on DVD for the first time as a tribute to him. Here is life as it was behind the Iron Curtain in Communist Czechoslovakia in 1964 – drab and humdrum. An aimless and vulnerable 16-year-old hasn’t a clue what he wants to do with his life. He takes a job as a grocery store detective. He meets a girl and they go swimming and dancing. Vladimir Pucholt and the non-professional actors, Ladislav Jakim as the lad and Jan Vostrcil as his pompous lecturing dad (a subtle caricature) are particularly good. Forman’s slice-of-life films, with their social and political commentary, had a great influence on Ken Loach.