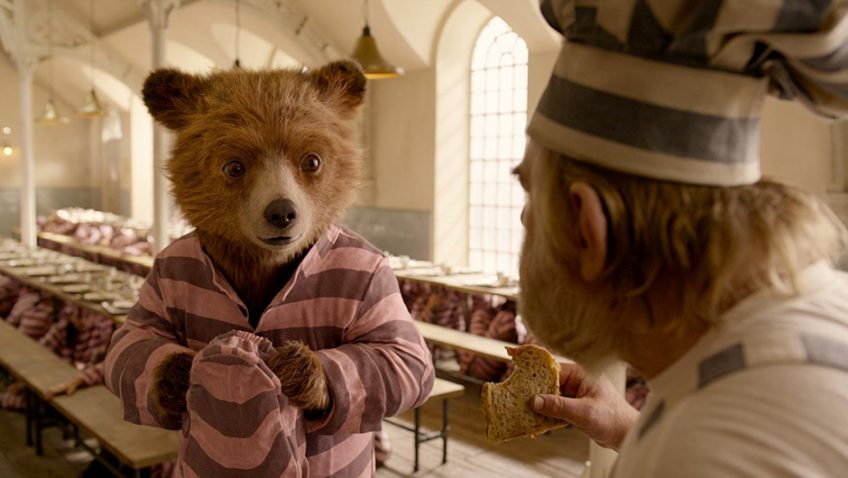 Magic, mystery, marmalade – it takes a bear to catch a thief

Paddington 2 (StudioCanal) is a sweet, cute, sentimental family comedy about a good-natured, kind, polite bear who looks for the good in people. He is much loved. He is falsely accused of stealing a pop-up picture book of London landmarks which is also a coded treasure map. The thief is a celebrity has-been actor played by Hugh Grant who gets to perform a Busby Berkeley dance number during the credit titles. The bear should at the very least have been nominated for Best Actor of the Year. Paddington is so real. His sad eyes touch the heart; and not least in the homage to a famous moment in the Titanic film. The computer generated images are brilliant and Ben Whishaw’s voice is perfect.

The Florida Project (Altitude) is a slice-of-life among low-income families living in a run-down motel for the homeless just outside Disney World and generally behaving badly. Most of the action takes place on its bleak walkways and stairwells. Sean Baker’s quasi-documentary concentrates on a 6-year-old girl (Brooklynn Prince, an amazing performance) and her loud-mouthed and volatile single mother (Bria Vinaite, her acting debut) who makes a living by theft and prostitution and is often as childish as her daughter. It is obvious that the social services need to intervene. The film is seen largely through the little girl’s eyes and what she sees is pretty depressing. Willem Dafoe is cast as the decent, humane motel manager.

The Barefoot Contessa (Eureka). “Life behaves now and then as if it had seen too many bad movies.” A gypsy cabaret dancer (Ava Gardner) becomes an international film star thanks to a very weary and alcoholic writer/director (Humphrey Bogart) who evidently teaches her to act. Everybody wants to sleep with “the world’s most beautiful animal” but she keeps her distance. Finally she marries a count who, on their wedding night, tells her he lost his manhood in World War 2. I hoped since this film was written and directed by Joseph L. Mankiewicz in 1954 that it would be as witty as his All About Eve. It never is. It’s turgid trash drama revelling in the clichés it makes jokes about and pretends to despise. Edmond O’Brien, playing a sweating, fast-talking publicist, acts everybody off the screen and won an Oscar.