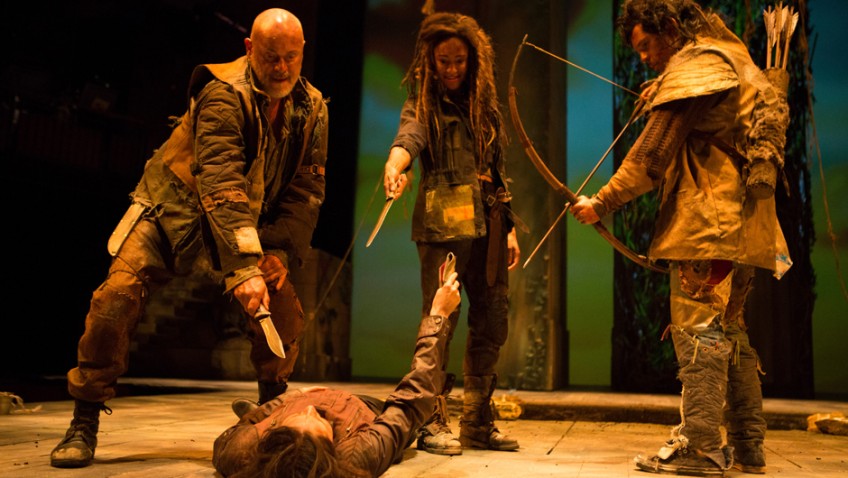 Is there a more boring play than Shakespeare’s Cymbeline?

Shakespeare’s romance, set in Ancient Britain and telling a convoluted, implausible and highly artificial story, has never been popular with modern audiences and is rarely revived. Victorian audiences, however, loved the play and idolised the heroine.

Imogen, now called Innogen, has been acted by such famous actresses as Sarah Siddons, Helen Faucit, Ellen Terry, Peggy Ashcroft, Vanessa Redgrave, and Judi Dench. There is not much sense in reviving the play unless you have an exceptional actress to play her.

Shakespeare’s most sensational scene is when Innogen (Bethan Cullinane) wakes to find a headless man in bed with her and presumes it is her husband. There is then more Grand Guignol when she gets right on top of the dead body and starts kissing it.

Leading actors in the 19th century, surprisingly, wanted to play Posthumus, the credulous fool, who is far too ready to believe his wife’s infidelity, rather than Iachimo. Hiran Abeysekera is miscast and his diction is not good enough to give Posthumus’ blistering tirade against women its full due. King Cymbeline is now Queen Cymbeline (Gillian Bevan) and she is hideously costumed and raped in battle. Imogen’s brother has had a sex change and is now his sister. It is she who beheads the wicked Cloten (Marcus Griffiths) who is much nicer than he usually is.

The audience is greatly amused by Cloten’s decapitated head and especially her father’s response: “What have you done? gets the biggest laugh of the evening.

A major innovation of the production is that all the foreigners speak in their native tongues and when they do Shakespeare’ text in English appears as sur-titles on the scenery.

I wouldn’t want to wish Melly Still’s dystopian production on any one. The production lasts a punishing three and a half hours, including interval.

Much of it is incredibly boring and never more so than in the interminable last act when it seems as if all the loose ends, and there are an absurd amount of them, will never be tied up.  The text screams to be cut.