Home / PROPERTY / Friends over 50 living together – a rising trend 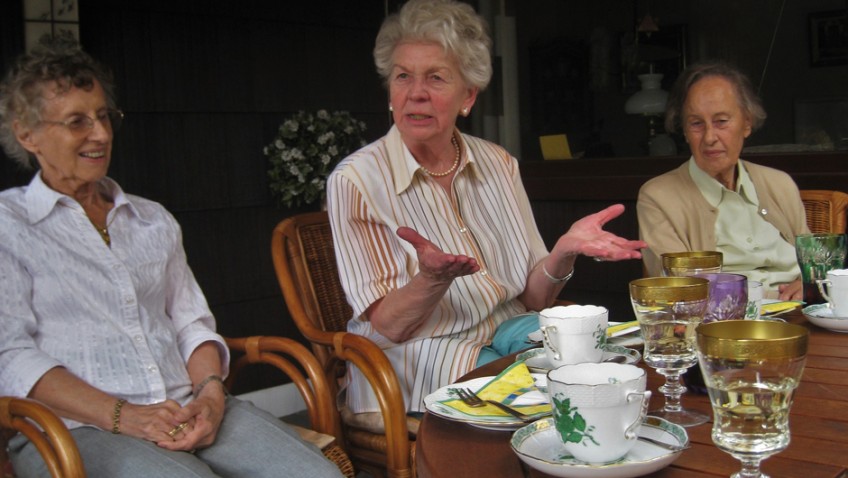 Friends over 50 living together – a rising trend

Living with friends or housemates is a choice that housebuilders and policymakers should make more widely available for the over 50s, according to a new study to be presented at the ESRC Festival of Social Science. Housing schemes offering this alternative approach – where people live independently but in shared communities – can reduce social isolation and allow people freedom as they age.

Andrea Jones from the University of Sussex has led research which demonstrates that schemes such as co-housing benefit people in later life in many ways. They enable members to remain active, continue contributing to community life and socially engaged into later life.

“Housebuilders and housing policy-makers need to wake up to the housing needs of the ‘baby boomer’ generation especially given the ageing population,” says Ms Jones.

“Increasing numbers of people post-parenthood are turning to schemes where they can live collaboratively with a community of people they share common values and aspirations with. Making these choices more widely available should be a priority for policymakers so more people can benefit.”

Communities owned and managed by householders are gaining in popularity in the UK. The aim of Ms Jones’ research was to analyse the factors that make it possible in older age to live in planned residential schemes such as co-housing projects, housing co-operatives and ecovillages.

It is based on an analysis of nine communities in the South of England including Sussex and London, where individuals have chosen to live and often work together, in a shared house or on shared land such as cohousing schemes, housing co-operatives and ecovillages.

Other research in this field identifies that women over 50, in particular, are choosing to live with friends in this way. These schemes are positive places in which to live, although community living is not easy and residents must be tolerant of other people’s ways of doing things.

Sarah Hillcoat-Nallétamby from Swansea University has found that public services are too focused on encouraging older people to ‘stay put’ and age in homes which are often unsuitable for changing needs, instead of helping them plan ahead.

“Every person’s home is their castle, and many fear the only option for moving elsewhere in later life (if needs be) is a Victorian-style institution,” she says. “It’s partly by encouraging older people to think about their housing options that we’ll stimulate property developers, landlords and local councils to be more creative and proactive in increasing the types of housing available for later life.