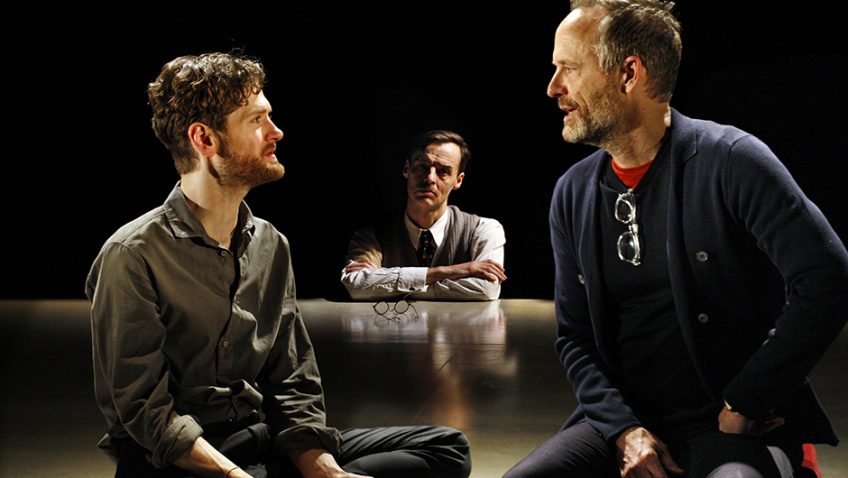 American playwright Matthew Lopez’s epic play is about gay men living in New York today and their inheritance is AIDS.

Lopez has been quoted as saying “There never was a time in my life when I didn’t equate being gay with death.”

The Inheritance is witty and poignant. It’s brilliantly directed by Stephen Daldry. It is excellently acted by a fine cast of English and American actors.

Samuel H. Levine and Andrew Burnap in The Inheritance

It is in two parts and unnecessarily long.

Part Two began at 7.15 and ended at 10.40 with an interval of ten minutes and a pause of five minutes.

You can see Parts One and Two separately on weekday evenings or see both parts on Wednesdays and Saturdays.

Lopez was inspired to write The Inheritance, not as you might expect by Tony Kushner’s Angels in America, but by E. M. Forster’s novel, Howards End, published in 1910:

Only connect the prose and the passion, and both will be exalted, and human love will be seen at its highest. Live in fragments no longer.

Forster appears in the play and is played by Paul Hilton.

The two main characters are Eric (Kyle Soller), a decent chap, and Toby (Andrew Burnap), a self-centred playwright. They have been living together for seven years and are about to get married when Toby falls for Adam who is appearing in the star role in the play he has written. 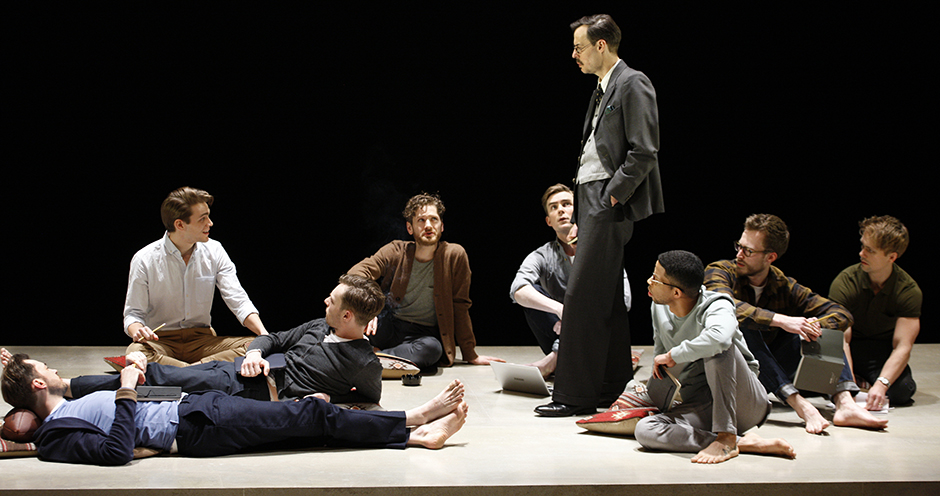 The Company of The Inheritance

Eric gets an offer of marriage from Harry Wilcox (John Benjamin Hickey), a much older man, whose lover, Walter (Paul Hilton) has recently died.

There is also a rent boy, Leo, who looks so like Adam, that he is played by the same actor, Samuel H. Levine.

Vanessa Redgrave puts in an appearance right at the end of Part Two, playing a mother who has lost her son to AIDS.

A house, as it does in Forster’s novel, plays a key role. Here it becomes a hospice for gays dying of AIDS. The question remains: will the person who by rights should inherit the house actually get it?

There are two very funny scenes: the first when Wilcox admits he is a Republican and the second when Toby and Leo invade Eric and Wilcox’s wedding.