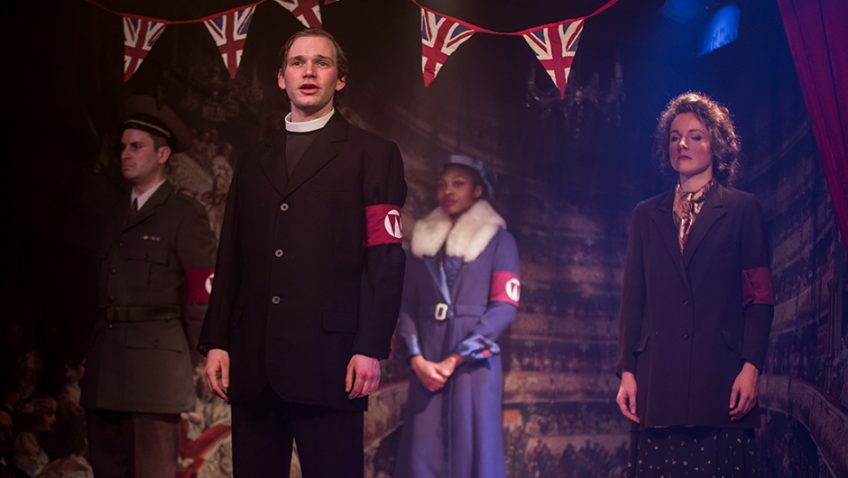 Robert Tanitch reviews The Dog Beneath the Skin at Jermyn Street, London SW1.

W. H. Auden and Christopher Isherwood were intermittent lovers in the 1930’s. They published The Dog Beneath the Skin in 1935. The play, a highbrow frolic, was staged in 1936 by the experimental (“eccentrically professional”) Group Theatre at Westminster Theatre.

Auden’s fame began at the age of twenty-three in 1930 with his first book, Poems

, which was followed by The Orators

in 1932 and then by his one-act verse drama The Dance of Death, a political musical extravaganza, in 1933. 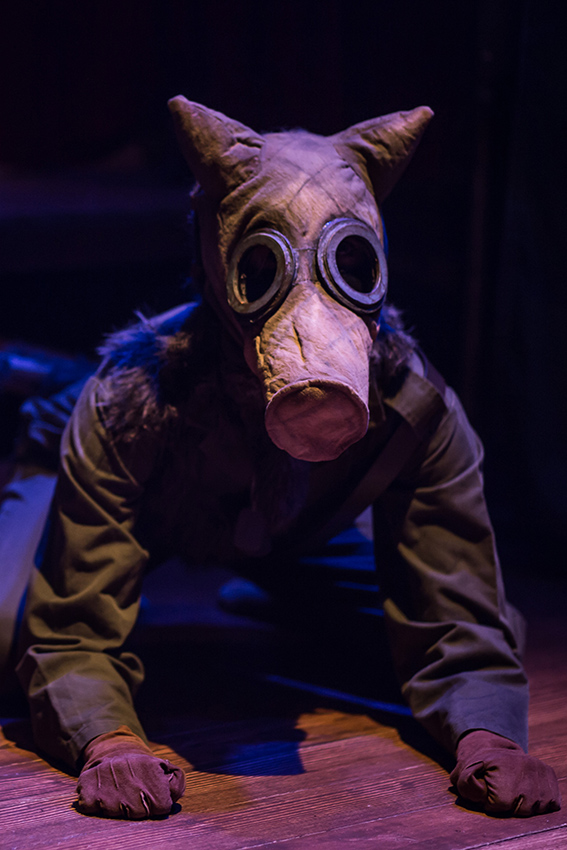 Cressida Bonas in The Dog Beneath the Skin

The Dog Beneath the Skin, written in verse, is a mixture of satire, pantomime, revue, German cabaret and communist propaganda. It feels like an undergraduate lark. The characterisation is cartoonish.

The British censor, worried by the political satire and by the bad taste of the brothel and lunatic asylum scenes and the attack on Church and State, demanded a lot of cuts.

The play is a wake-up call and has to be seen in the context of the promotion of Hitler to Reichsführer and the rise of Nazi Germany and the persecution of the Jews. Auden and Isherwood had lived together in Berlin and knew what was going on and were familiar with the louche cabaret scene.

in 1935, the first of his two Berlin Books; the second would be Goodbye To Berlin

An idealistic young man (Pete Ashmore) volunteers to find the son of the local squire who has been missing for some time. He travels to Europe, accompanied only by a loyal dog (Cressida Bonas), only to find that the dog is the missing squire in disguise. They return to pastoral Britain and find Fascism in full swing. The young squire gives a sharp warning of the war to come.

The Dog Beneath the Skin is a curiosity not a masterpiece.

Auden and Isherwood would go on to write The Ascent of F6, which was published in 1936 and performed by Group Theatre in 1937 and generally regarded as their best play.