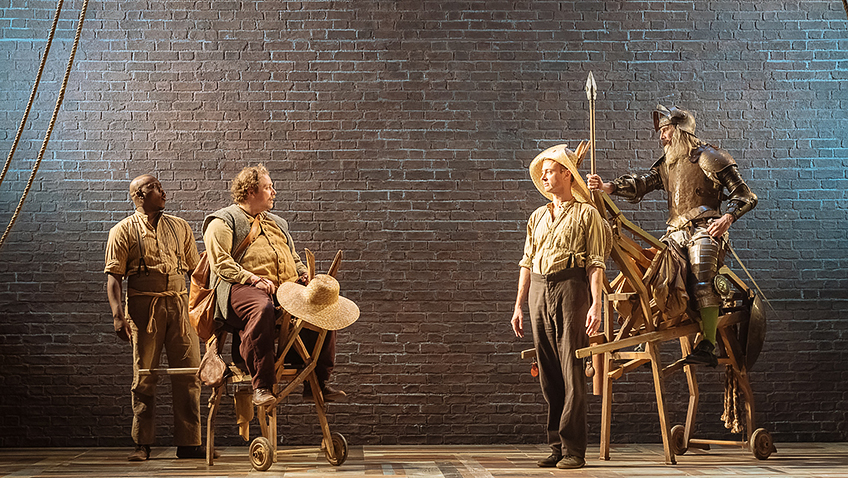 Everybody is familiar with the iconic image of Don Quixote riding a horse in his rusty armour and wearing a barber’s basin for a helmet.

Everybody knows he wants to restore the Age of Chivalry and everybody knows he confuses windmills for giants and sheep for armies. But how many people do you know who have actually read the whole novel?

Cervantes’s epic, first published in 1605, was an instant best-seller and has inspired numerous stage and film adaptations in the last 400 years. 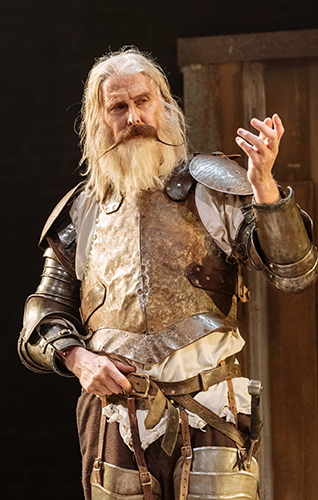 Thomas D’Urfey in 1694 was the first English playwright to turn it into a play. Henry Fielding followed in 1734.

Richard Kiley in New York in 1965 and Keith Michell in London in 1968 appeared in the Broadway musical, The Man of La Mancha. Peter O’Toole appeared in the film version in 1972.

Rex Harrison appeared in a television adaptation in 1973. Orson Welles tried to film it and failed.

Terry Gilliam has been trying to film it for years, first with Jean Rochefort and then with John Hurt. His latest version with Jonathan Pryce has been seen at Cannes Film Festival; but, caught up in legal matters, it is still waiting official release.

There have been numerous ballets since 1740. The Marius Petipa/Alexander Gorsky version, dating from 1902, is easily the most popular.

Indeed, the most likely place to find Don Quixote these days is in ballet but the disappointing thing is that he plays such a peripheral role. Balletomanes, inevitably, go for the 32 fouettes not Cervantes.

James Fenton’s adaptation for the RSC premiered in 2016, the 400th anniversary of Cervantes and Shakespeare’s death. (They died ten days apart). 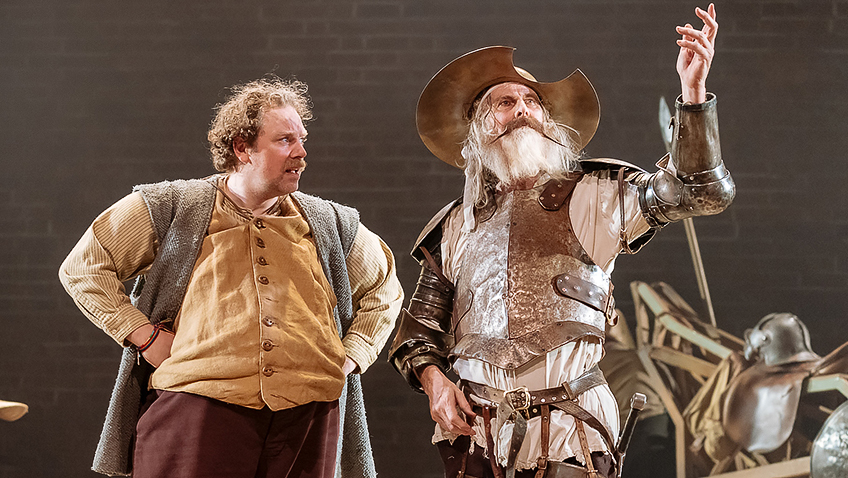 David Threlfall was last seen with the RSC when he played Smike in a memorable eight and a half hour adaptation of Charles Dickens’s Nicholas Nickleby in 1980. The deluded knight errant, gaunt, frail, wild-eyed, romantic, rash, fantastical and quite mad, is a perfect role for Threlfall’s return.

Rufus Hound, cast as Sancho Panza, is a very likeable side-kick and he absolutely knows how to play the house. He instant rapport stands him in good stead during a false fire alarm.

A bun fight on stage leads to the actors throwing buns at the audience and the grown-up audience (delighted to behave like children) throwing them right back.

A variety of actors find different ways to play a horse. One horse is particularly randy. There is a very funny vocal exchange between a horse (neigh) and a donkey (hee-haw).

Jackson’s comically inventive production, with its improvisation and puppetry, including an adorable lion, is good, popular, festive, pantomime fun.